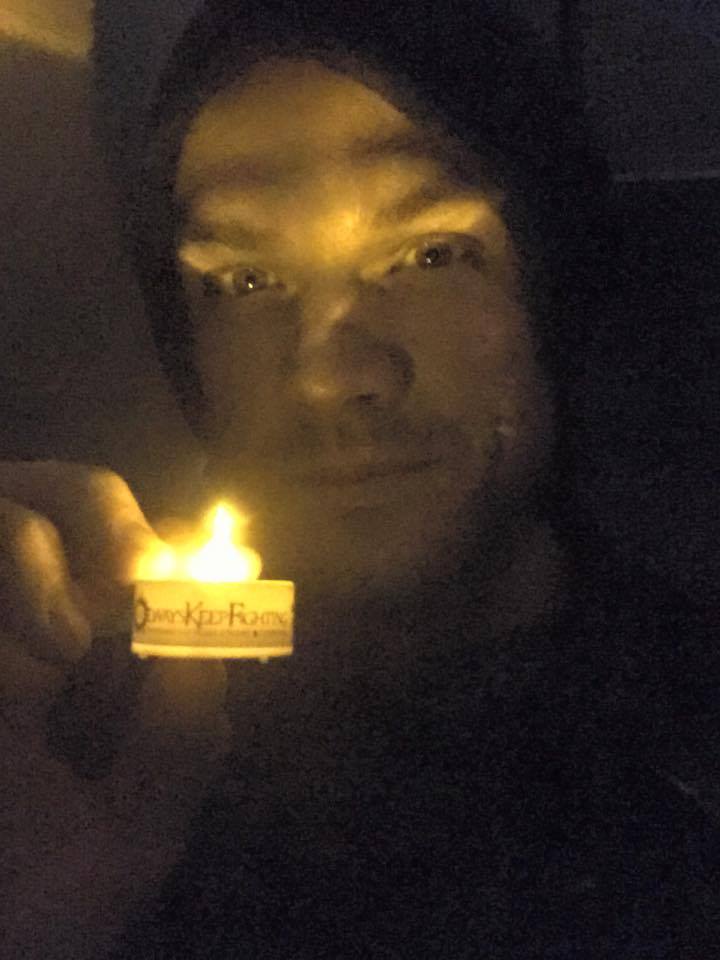 "Always Keep Fighting" No truer words could be spoken. Supernatural actor Jared Padalecki was recently surprised by fans at Comic-Con with an enormous crowd of over 6000 people holding up candles for him and his campaign fighting against depression.

Along with candles that were passed out to the crowd, was a note that said this:

"Everyone is given a candle that burns just for them. When your flame flickers and you fear it will go out, know not seven the strongest wind lasts forever; and there are other lights to guide you even in the Darkness…And when your candle burns bright, you can ignite the hearts of others and hope will spread like wildfire…Always Keep Fighting, and you'll never fight alone."

His reaction when he saw all of the candles in the crowd.

Here's the link for the article featuring this stunning surprise:


Video interview where he expresses his astonishment about the level of support he has received from his fans:


Jared expressed his thanks to the fans via Facebook as well:

To anybody and everybody that had ANY part whatsoever in the Always Keep Fighting Hall H tea light event.

As I travel back to Vancouver from San Diego Comic-Con, with my partners in crime Jensen Ackles and Mark Sheppard, the enormity of what happened is finally starting to sink in....

I am beyond moved.

I feel so blessed, and grateful, and honored to be a part of the magical Supernatural Family.

Sitting on that stage in Hall H, I initially mistook all of the lights for cell phone cameras. It's difficult to discern specific shapes and faces with all of those stage lights shining on you (and, it's quite intimidating up there, sitting in front of 6,500 people!!). Then, when I had a light given to me with an explanation of what it was and what it stood for, I was (and am still) gob-smacked.

From the very bottom of my heart and my soul, thank you so much.

And, to everybody who held a light for me, please know that I hold my light for you.

Though I happened to be the one sitting on stage, I am but one small light in a see of thousands. TOGETHER, we can and will make a difference!

Keep letting your light shine. I will do the same. 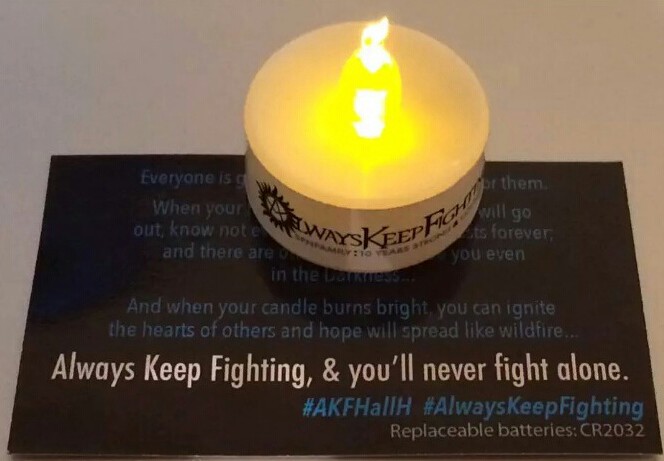