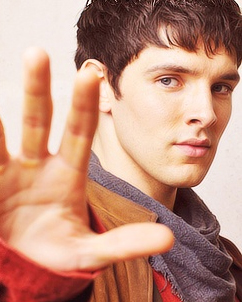 I've had people ask me why I love watching shows such as Merlin (BBC series) or movies like X-Men. My response is that it's most likely because of the strong connection to specific characters that I find endearing.  And you would be surprised to discover that it's not necessarily the hero that I adore, it's the underdog.

Why in the world would I cheer for someone who's not the dashing and charismatic knight in shining armour? Honestly, I tend to find them a bit ignorant towards the people around them, particularly those that view themselves as being perfect. To me, that's extremely condescending and apathetic.

I prefer the characters who are quite humble and sympathetic to others since they know how it feels to be treated with disdain.  In this case, flawed personalities are much more interesting since they reveal a bit of history.  It makes you wonder what has happened to them in the past that has created this fascinating person.

Personally I like the mutants in X-Men.  I can sympathize with them.  In my eyes, they are the strong ones despite some of the shame and hurt they've been through.  They have worked so hard to embrace their gifts in a society that views them as freaks.  No matter how kind and gentle they may be, the human population is too afraid to accept them.  I can relate to that in terms of how people treat the disabled - there is still a stigma out there, a sense of fear and lack of compassion towards us. I know what it's like to feel rejected and to be so different from everyone else, that's why the mutants appeal to me.  I can understand what they're going through. 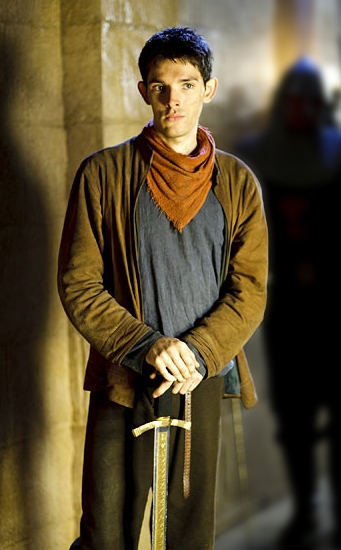 One of my favourite shows is Merlin.  While I enjoy the adventures of Prince Arthur, it's the life of a servant named Merlin that interests me the most.  I take pleasure in the simplicity of that time period, living with candles and using herbs as natural remedies, as well as the fun myths and ridiculous superstitions.  I find Merlin absolutely fascinating, especially as a young man in this case, even though he may the most powerful wizard to grace Camelot, he's virtually all alone since he cannot reveal his secret.  King Uther has banned magic and executes anyone using it.  There are days when Merlin feels completely powerless, especially if he fails to save someone or is dealing with the consequences of his actions when he does intervene using his magical abilities.  By staying silent about his ability, he carries the weight of protecting Prince Arthur and Camelot on his shoulders while being horribly mistreated by the royal family and the knights.  They go to great lengths to tease and humiliate him or in some cases lay the blame on him.  Even though he has good intentions in trying to help others, he is viewed as a dimwit and is considered useless by people like Arthur.  There are days when he questions himself and his magical talent, wondering if he really is as worthless as they say.  He may be strong on the outside, inside he's fighting an unbelievable battle.  While his belief may be shaken by a cruel barb from Arthur and his knights, he continues to persevere and stand by their side. I'm in awe as I watch Merlin struggle with his issues, feeling so isolated and misunderstood. He tries so hard to be part of their lives but doesn't quite fit in.  There are times when he feels incredibly lost and overwhelmed, not sure of himself.   While he may have magic, in a way it becomes a disability since he is so different from everyone else.  That's why I like him. I can relate to what he goes through on many levels.  For me, it's creates a stronger connection to the series.