I had originally tried to watch Glee when it was first released several years ago and it didn't really blow my socks off despite what the critics and reviewers said. They kept raving about it and I failed to see why. At the time, my first impression was that it was rude, somewhat unpolished, and unethical. I did not appreciate the way people with disabilities were being portrayed. Yes, I realize that it was meant to reflect the good, bad and ugly aspects of high school, however, I found Coach Sue to be extremely insulting and very off-putting. Her unprofessional behavior and uncouth manner was simply unbearably to watch. My reaction to that particular character was likely due to my own experiences that I went through with ignorant teachers and coaches. It left a very sour taste in my mouth that I could not swallow.

Fast forward a few years later when I realized that the actor Grant Gustin, from the series The Flash, was on Glee. Intrigued, I watched an episode of him playing the character Sebastian Smythe. This would've been the third season when the characters and story lines would've been much more developed. Much to my surprise, I grew to like it. Then that grew to loving the show. Now, I can't get enough of it. 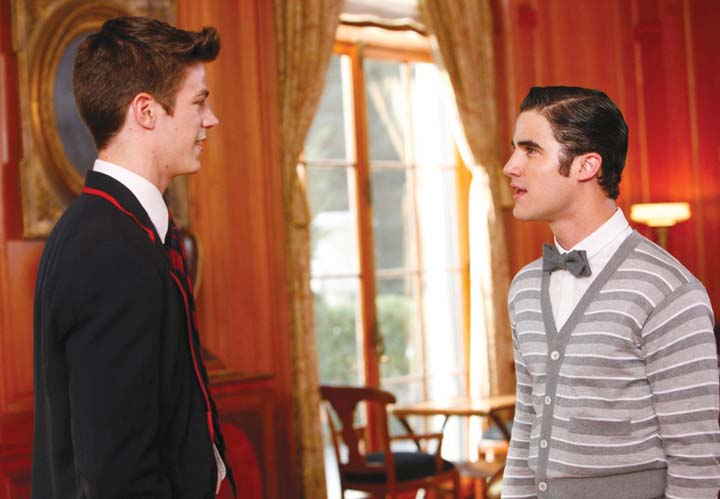 The beauty of Netflix is that I can go back and forth between seasons to figure out what I missed since there were references to the first and second seasons. Also, I can fast forward through the Coach Sue scenes. I'm sorry, but she is still a very unlikable person. I finally figured out her strong connection to the cheerleader with Down Syndrome - it was because of her sister who also had it. It was revealed in one episode, a particularly emotional one with a spiritual theme, when she prayed her for sister to become normal so that she wouldn't be bullied and tormented at school. This was the breaking point for her when she discovered that her sister was not going to change nor was the negative attitude towards people with disabilities. As a result, this made her bitter in more ways than one. And that's completely understandable.

I have to say that it did take me time to grasp and appreciate the overall theme as well as the message of the show Glee. It's very well done in terms of taking everyday problems, not only for the students, but also the teachers, and creating an incredibly emotional story about it. The range is substantial, featuring in-depth topics about school shootings, gay issues, transsexual students, physical disabilities, OCD, dyslexia, personal problems at home and relationships. There is such a broad scope of topics that many people, of all ages, can instantly relate to. Quite often, I'm laughing one minute, then crying the next and that is saying something in regards to how powerful this show is. I think it affects me on a deeper level since I can relate to so many of the issues they focus on. 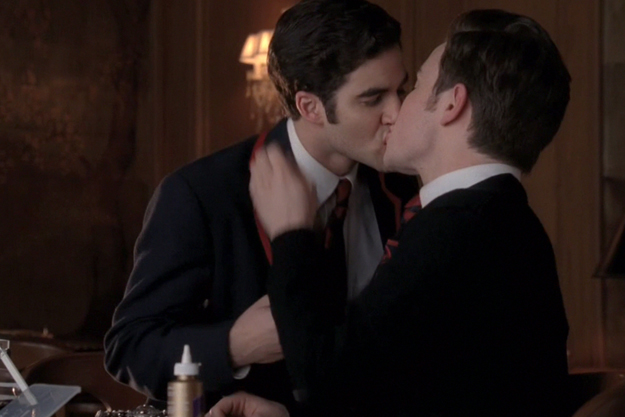 After going through seasons 2, 3, 4, I'm have to say that I'm now impressed with the depth of topics they've covered, particularly with issues that happen on a daily basis. They showed the consequences of a school shooting, how much of an impact that had on everyone at school - the terror they went through felt real. The dangers of texting and driving was driven home when one of the characters was hit by a car and ended up in a wheelchair. I personally admired the character of Kurt, who was the only openly gay student at school. He struggled more than anyone else and endured horrific abuse and bullying. He finally got the support and love from another student at a different school, Dalton Academy. When he transferred to Dalton and joined the Warblers, he finally learned to embrace his uniqueness and stood up to the bully with Blaine Anderson's support. The two of them formed a tighter bond and fell in love (yay!).

What blows me away the most is their performances, the amount of work that goes into their singing and dancing is phenomenal! I'm continually impressed with the topics they come up with, particularly as the students struggle to find their true voice and decide what to do with their future. It doesn't end when they go to college, we discover what life is like outside of school and living in a new city. There is still a link between home, the small town, and the students at both schools.

Even though this series seems reminiscent of FAME, it offers a much broader scope of true to life problems. And it's filled with surprises, especially with delightful guest stars including Matt Bomer (Blaine's older brother), Kate Hudson (Rachel's dance teacher at NYADA), Gwenth Paltrow (not your average substitute teacher), Carol Burnette (Sue's mother) and John Stamos, to name just a few. And I have to admit that I have a soft spot for Lord Tubbington (Brittany's cat) who looks a LOT like my cat.

Some of my favorite performances/songs are (so far)  "It's Not Unusual", "Thriller/Heads Will Roll", "Whistle", "Cough Syrup", "It's Time", "I Want You Back", "Glad You Came", "Singing in the Rain/Umbrella". 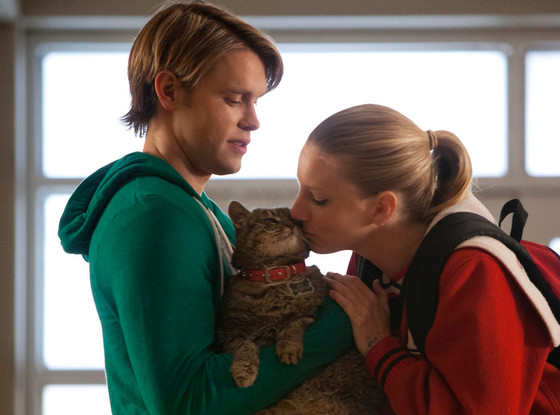