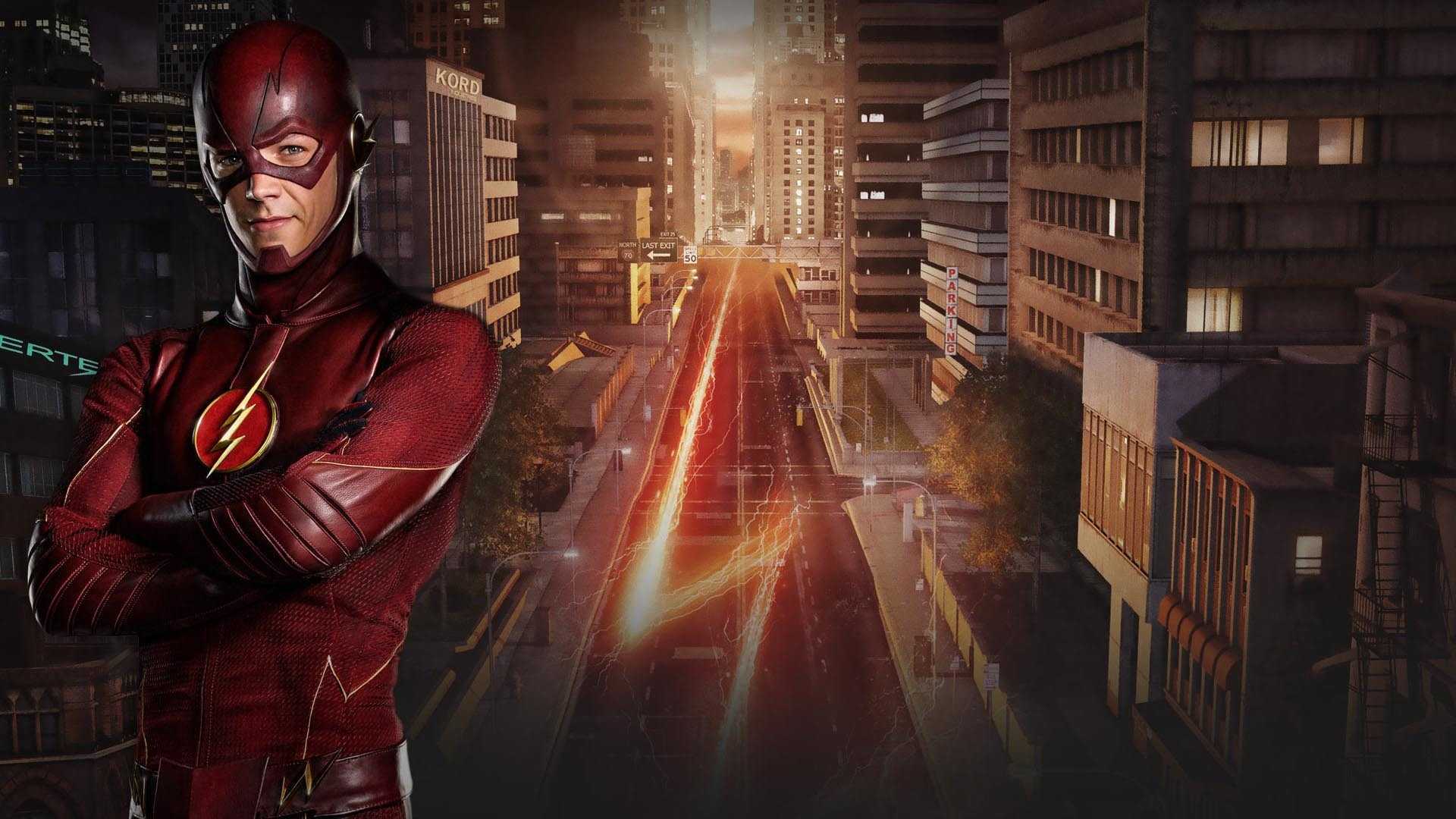 I swear I'm not that obsessed with one of the hottest shows, The Flash, but I know talent when I see it. This is such an inspirational show that most people who watch it with me continue to follow the series, it's that good. I am impressed with the incredible cast that is featured in it, especially one of the main stars, Grant Gustin. To have such a young person carry the weight and responsibility of a major hit show is truly remarkable. Fans of Glee would have been quick to recognize him, he had played an openly gay character named Sebastian Smythe as a lead singer for the Dalton Acamedy Warblers. Acting and singing was certainly not new to Grant, prior to joining Glee, he toured on Broadway in West Side Story as Baby John.

As soon as I watched the pilot episode, I was immediately hooked. There was this wonderful sense of youthfulness and energy that I hadn't seen in awhile and it was a refreshing change. Grant in particular, had this vibrant stage presence that literally lit up the screen. He was a perfect fit, I loved how he lifted the show to an entirely new level. Aside from his charming personality, he had this amazing confidence and professionalism that I admired. I was in awe of his tremendous skill to cry in emotional scenes and create a strong, intimate connection to the other actors. He's part of a cohesive unit that works well together, very much like a close family. 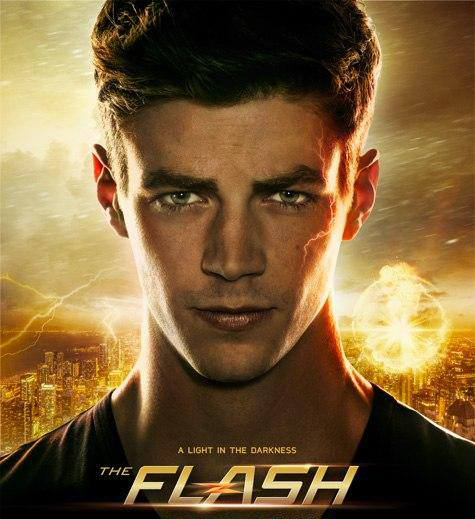 Most people know that I'm a big supporter of this show for several reasons, partly because it's filmed in Canada and includes numerous Canadian actors, which is not only a big boost to the economy but also in bringing recognition for their hard work. There have been so many actors on this show that deserve kudos, however, I will name a few outstanding ones that bring an incredible history in theatre and film to this show. Both Victor Garber and Tom Cavanagh, are well known to Canadians and it has been absolute pleasure to see them featured as strong, dominant characters. Victor portrays Dr. Martin Stein, who is also know as Firestorm in The Flash and the spin off, Legends of Tomorrow. Tom brings extensive experience from being on Broadway and has been known to be a mentor to Grant, he plays the character Dr. Harrison Wells as well as the Reverse-Flash. 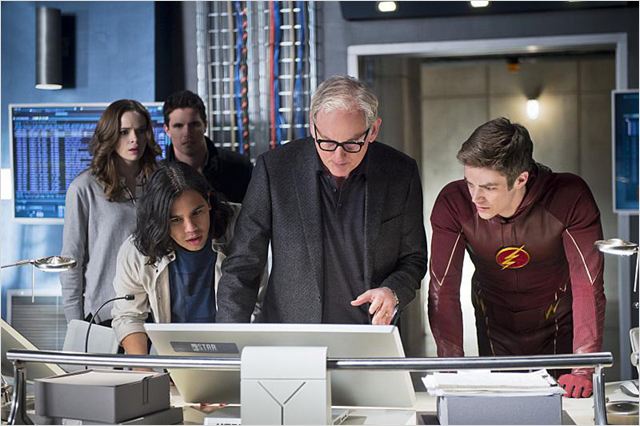 It has been very interesting to watch the relationship between Barry Allen and Iris West, played by Candice Patton. Despite the two of them growing up in the same house, it's obvious to everyone else that they are much closer to each other than they realize. I adore Jesse Martin's portrayal of Detective Joe West and Barry's adoptive father and I suspect that there is an underlying reason for that. There's a very strong and emotional connection between the two actors. By the way, Jesse also has extensive experience in performing on Broadway.

Carlos Valdes brings a great sense of physical comedy as Cisco Ramon, he's a natural in this role and it suits him very well. It's a shame that the romance between Caitlin Snow, played by Danielle Panabaker, and Ronnie, aka Firestorm, didn't pan out since he disappeared in a black hole. For those of who have noticed the resemblance between Ronnie and the Arrow/Oliver Queen, those two actors are in fact related, they're cousins! Stephen Amell plays Oliver Queen and Robbie Amell is the Firestorm. 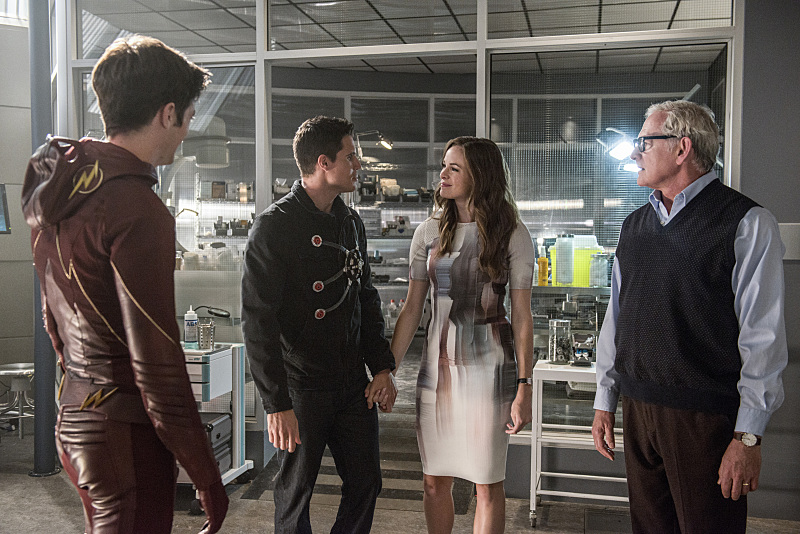 I'm also thrilled to see so many crossovers with this show, I had originally watched the Arrow which led me to get hooked on to The Flash as well as Legends of Tomorrow. These shows appeal to the sci-fi geek in me, I grew up watching Superman, Star Trek and Star Wars. Heros have a special meaning to me since they often emerge from a tragedy and feature complex characters that essentially strive to be normal. They are suddenly aware of how different they are from the society and struggle to fit in. Even though they have particular super powers, they are essentially someone trying to find their true sense of purpose. They often struggle against difficult adversaries or situations that truly test their inner strength and they must find a reason to overcome it. In my eyes, this is very similar to having a disability and that strikes a very deep and personal chord with me. Thus my emotional connection to the Flash.

This series has sparked an old flame back to life and renewed my interest in film work which has made me reconsider a career in that field, perhaps as a writer or working in the art department. Who knows? I love the idea of working with a creative team like The Flash and being able to contribute my skills to an extraordinary production. I'm currently doing more research in this aspect and hope to see it come to fruition soon.

For those of you who may not know this, I have experience in film and theatre as an actor, I know what it takes to be involved in the entertainment industry and have a huge amount of respect towards professional performers and the extensive crew that makes it all happen.

I'm currently in search for an official hoodie from the Flash and hoping that I can obtain one so that I can support that show and the tremendous cast and crew that produce it. Bravo!

By the way, many of the actors are on social media such as Twitter, Instagram and Facebook. They often post lots of behind the scenes shots and personal experiences about life on the set of a tv show. It's great learning experience, especially if you are considering a career in that field. This is also a great opportunity to show your support. FYI, Grant Gustin has two adorable dogs named Nora and Jett, how cute is that?

Bonus video - Behind the scenes of making The Flash: http://screenrant.com/flash-tv-show-behind-scenes-featurette/ 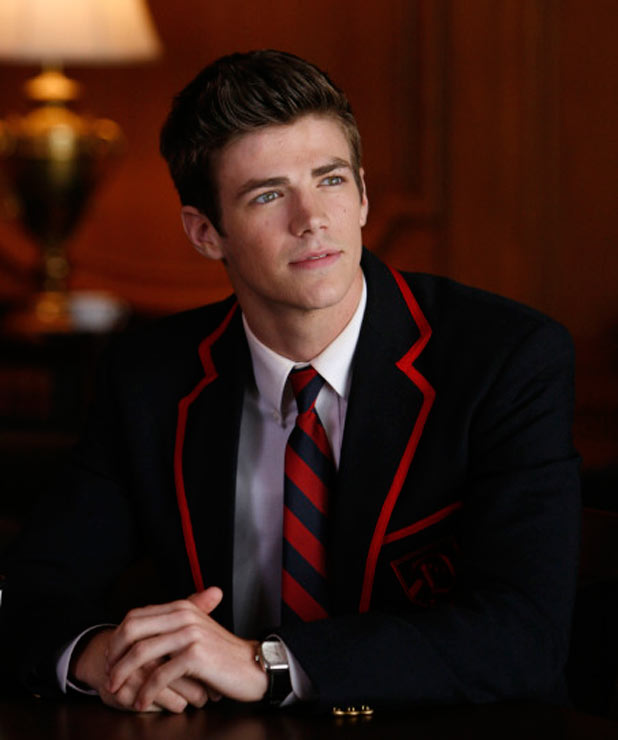 For the Glee fans ;)