Posted by jennifer gibson on Tuesday, May 9, 2017 Under: May 2017
After my mother's death, I spent a LOT of time perusing books dealing with grief and the afterlife. Thankfully, my mom already had an influx of books from her psychology practice. In fact, she had her own library full of them that filled the entire wall. Soon after she had crossed over, I began choosing a variety of cool topics including Destiny of Souls and Journey of Souls by Michael Newton (which were a heavy but fascinating read - much like cramming for college exams).

I'd also delved into the intriguing world of medium psychics such as John Edward, Doreen Virtue and James Van Praagh (my fave). I grew to adore James and his loving, healing voice. He also has a big heart and infectious smile that is evident on his Facebook and website videos. Then I stumbled onto an adorable, younger medium named Matt Fraser who had been an EMT, a paramedic like my brother! I was drawn to his youthful and joyous energy that was full of light. I have a distinct feeling that he was meant to be an EMT to gain the necessary stepping stones to evolve as a healing medium. (http://www.meetmattfraser.com) 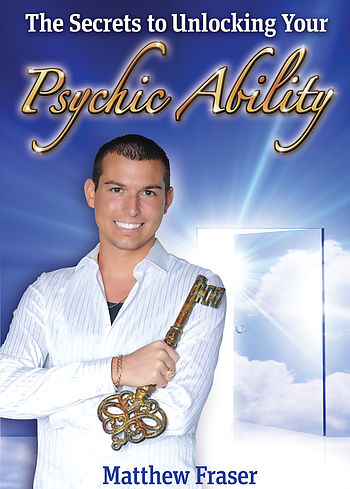 Then, one day, Matt announced that he was doing a book signing on Facebook. Intensely curious, I got one of his books. Needless to say, I was literally left speechless when he said my name LIVE while I was watching it, telling me to pay attention to the signs around me. Then I started laughing because it sounded a lot like something my mother would say to me! So, that was a very cool experience for me. If you're interested, here is the Facebook video, he says my name around the 26:40 mark: https://www.facebook.com/Meetmattfraser/videos/1425258214184320/

I gotta be honest, once in awhile, I tend to go into a deep funk which catches me off guard. This baffles me since I'm trying so hard to stay strong. By this point, it's an incredible struggle to hold on to the strength I have left. That's when I went back to the towering stack of books by my bed and picked up a new one, this time it was about the life Erik Medhus (http://channelingerik.com/my-life-after-death). 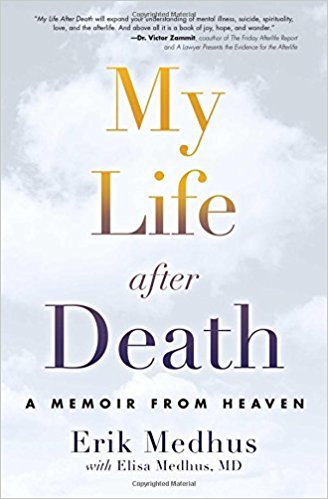 What was unique about this particular story was that the words were from someone who had already crossed over. It was entirely from his perspective, showing us his life while he was alive, through his death and on the other side. Ironically, he is even younger than Matt Fraser, so his wisdom is not only remarkable, it's surprisingly funny because of his youthful viewpoint. Granted, there are numerous crude remarks and colourful language, but it's an accurate and honest reflection of who he is, especially now as a spirit guide.

By the way, I find spirit guides to be a fascinating subject. I have included them in all of my books (Sway, Compass, Destiny, Hope). They are there to help us, guide us in the right direction as much as possible. Sometimes their messages are acutely obvious, other times it's very subtle or totally cryptic. There was one particular moment in Erik's story that made me smile broadly and chuckle. He was trying to encourage all of us to find something in our lives that fuel our passion. He uses this statement as a hilarious example: You could be a postal worker and then knit sweaters for hairless cats on the side, and the knitting is what feeds your soul.

That's brilliant.  Not only was it funny, it was coming from a younger state of mind that hadn't been molded or warped by decades of negativity or soul-sucking experiences. It was honest and pure, entirely his own insight. However, he did go through an incredible amount of pain and suffering for a short period in his life, but ultimately it was the right time for him to come through to us. It was a life lesson for him in order to become a spirit guide now.

We all have life lessons, goals to accomplish and obstacles to overcome. Believe me, I feel like I'm jumping through a never-ending series of hoops. I do know that I meant to go through it from an educational point of view so that I can share my experiences with others so that it can give them hope and inspiration.