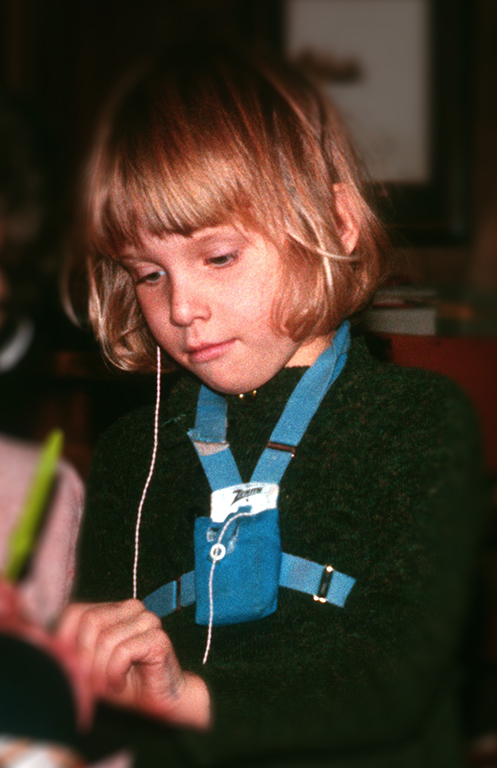 When I recently posted an old childhood photo of me wearing a body aid, I had no idea as to how popular it would become. There was a flurry of responses from many other people who had a hearing loss like me. I was astounded. As I read their comments, I realized that the majority of us had the same opinion about it: we hated the body aid.

As a child, I personally saw it as a monstrosity that invited unkind remarks from complete strangers who typically said that I was “too young to wear one.” Namely they meant it was for the elderly and viewed it as a sign of aging. That stigma of wearing hearing aids lasted throughout my childhood.

Even though I wear digital BTE’s today, Oticon SP 7 Chili, I managed to keep that body aid to use a motivational tool as a public speaker. It’s a reminder of how much we changed. Today, as I hold it in my hand, it weights nearly the same as an ipod and half the size. It’s not slim but rather a bulky silver box that held a small triple AAA battery. That’s a lot of power! In comparison, my digital BTE’s use a tiny P13 button battery.

I can recall that it was a royal pain to wear the body aid. The long, skinny wires kept snagging on virtually everything, causing them to pop out of my ears, and the earmolds were rock hard. During sports, getting hit in the ear by an errant ball really hurt. They were also painfully loud. Since it was a basic analog aid, it essentially amplified my surrounding environment. The acoustics were a nightmare to deal with, every sound around me echoed. They were often so uncomfortable, that it was relief to take them off when I got home from school. 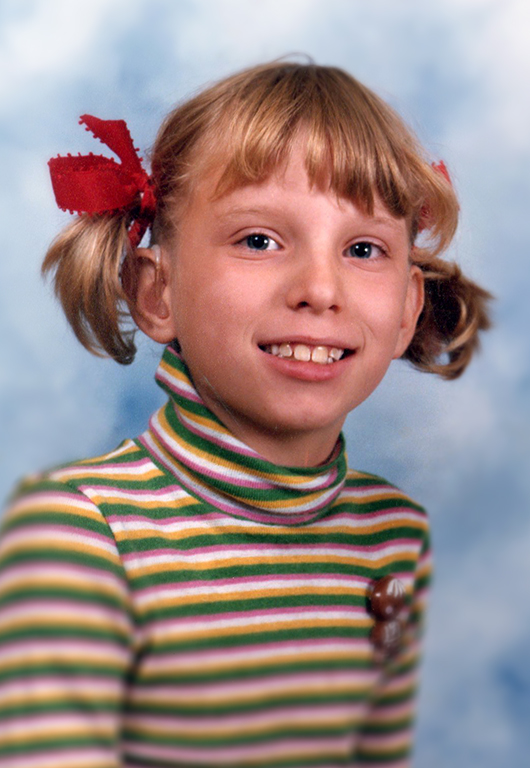 The biggest and most glaring problem with the hearing aid, was the misconception that they “fixed” my hearing. Most people would often ask me, including my teachers, why I couldn’t understand them. They were quick to assume, incorrectly, that my hearing aids would restore or even correct my hearing. It didn’t matter how many times I told them that my ears were broken and couldn’t be fixed like wearing glasses, they still came to the conclusion that I was deliberately ignoring them. That was not the case at all. I struggled, really struggled, every single day to simply hear. It was hard work since the nerves in my inner ears were badly damaged. I didn’t hear sounds the same way as everyone else. It was like wearing pillows over my ears, where everything was muffled.

Looking back at my experiences, compared to the fancy digital Oticon BTE’s I wear today, the sounds that I heard from my chunky body aid would’ve been atrocious and barely indiscernible. From my perception, at that time, sounds emanating from the device were a jumble of obnoxiously loud noise. It was like being smack in the middle of a construction site full of incomprehensible and headache inducing auditory clamour. Speech was virtually impossible to decipher. I had to rely on visual clues, lip-reading and body language to fill in the blanks.

I still do that today, it became a life long skill that I utilize all the time. It’s not a perfect system and I still miss a lot of information, particularly in noisy or social environments. Hearing aids have come a long ways, evolving by incredible leaps and bounds, to provide a more normal listening lifestyle for people like me. 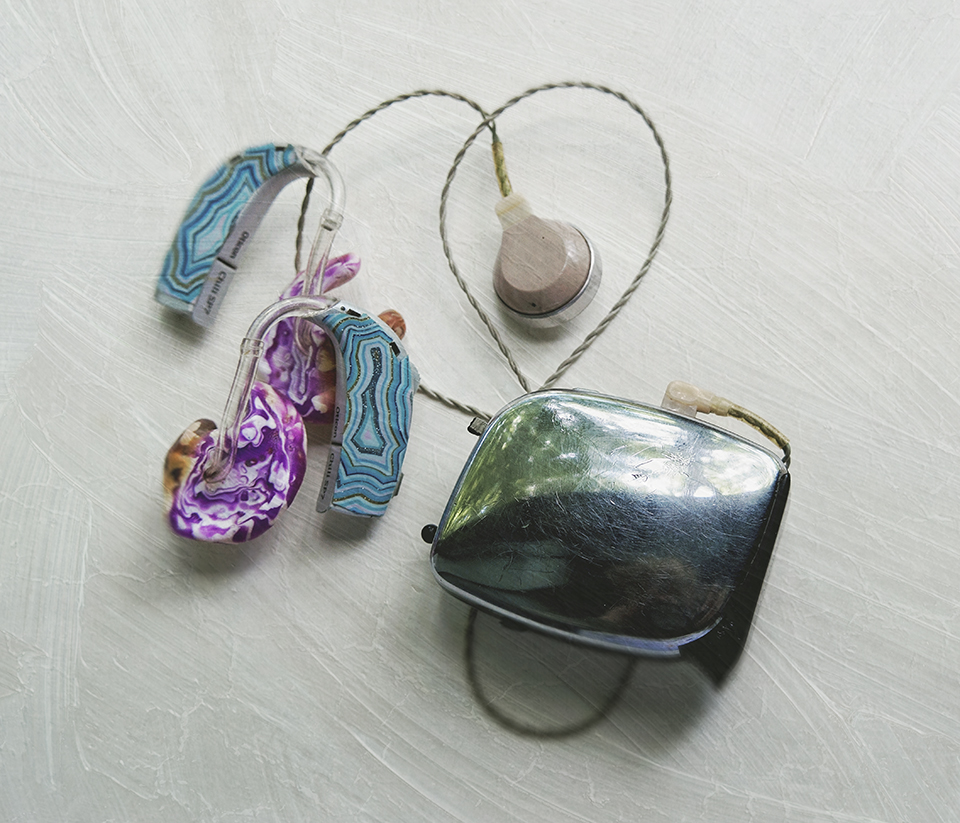 When I placed my BTE’s beside my old body aid, I was amazed at how different they were in so many aspects. Digital technology has allowed the hearing aid to shrink down, ironically, to accommodate my growth from a child to an adult. I’ve been wearing hearing aids for over 40 years. My life and my world has changed drastically. Todays generation would never know the pain of wearing a body aid or clunky FM system. I have to admit that when I read the comments from my post of the body aid, I was filled with relief. It made me realize that I was not alone. 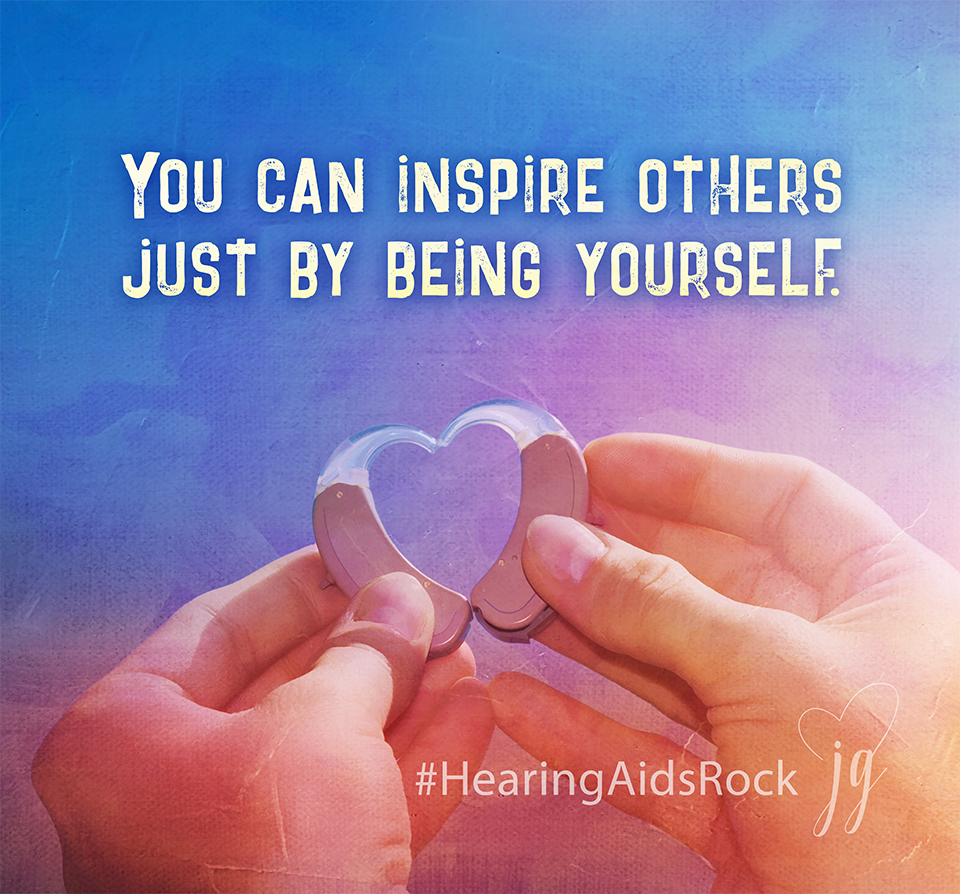