Holy cow! What a day! It was full of surprises.

I did not know what to expect when I woke up this morning to a dreary, rainy day. I certainly was not all that enthusiastic, especially having a cat sleeping on my face and smacking me in the nose to wake up...it wasn't until I checked my messages that I was rendered speechless.


Sway was given a 5 Star Award and a sweet review from Readers' Favorite:

"Sway tells the story of Jessie, a teenager who needs to wear hearing aids and who becomes the target of the school bullies. The reader gets to know Jessie and feels for her when her school mates play cruel tricks on her, and when her supposed friends let her down. It all seems to change when self defense becomes a part of their PE class. Ethan, the very attractive son of a dojo owner, convinces her to take up Karate classes. After worrying about the cost, she agrees to come for the first month. Karate does her confidence a lot of good, and Ethan seems to see more than just her hearing aids when he looks at her. But can it all just suddenly change for the better?

Sway by Jennifer Gibson is a book that I read within an evening and a morning. It reminded me of my own school time, and the descriptions of some of the subtle and less than subtle bullying was very realistic, which shows that Sway truly is based on a real story - nobody could make things like that up so believably. I think this is a story that would be great reading material for schools. If kids would just be able to read such a story, maybe they would change their own bullying behavior. The book is beautifully written, and you keep on hoping that Jessie will not give up and turn into a total misanthrope."
Reviewed by Kim Anisi for Readers Favorite (5 stars!)


Then it was followed by a review for Compass, also by Readers Favorite:

"After finishing Jennifer Gibson's book Sway, which is the first book about the life of Jessie, a hearing impaired and bullied teenager, I immediately started reading Compass, the second book in the series. In Compass, the story is mainly focused on Jessie and Karate, from which story lines about injuries, deceit, loss, trust, and hope develop. During a tournament, Jessie suffers from an injury to the head, then she is harassed by a trainer in the dojo while her boyfriend Ethan is away.

Afterwards, when Ethan finds out her side of the story, he has to decide whether he believes her side or the side of his old friend - and the reader will be shocked. In the second half of the book, Jessie helps out during a summer camp for mentally disabled children. She has to find various ways to deal with the different problems the children have - and as she has her own problems, she sees the children in a different way than others would.

I still enjoyed reading the book very much because the second half very much felt like a well deserved break for Jessie, who had to go through so much negativity during the first one and a half books. Like Sway, Compass by Jennifer Gibson was well written, and the descriptions enable the reader to see the story unfolding right before his or her inner eye." Reviewed by Kim Anisi for Readers Favorite

Then, top it all off, Destiny was given a lovely review from BTS Magazine:

"The story focuses on real life issues and I applaud the author tremendously for tackling issues such as bullying and how a teenager can persevere instead of giving up.  Jessie deals with being deaf and the novel lets the reader travel along her journey.

Destiny reminded me of what a struggle it is for teenagers and then to throw in a curve ball and have the main character be deaf...it was very real for me and enticed me to genuinely applaud and cheer for Jessie, wanting desperately for Jessie to not let her hearing loss stand in the way of her dreams. Destiny was an inspiring read that kept me engaged all the way through. I felt invested in Jessie's future and was left satisfied by the author's conclusion to this series." - Reviewed by Sasha Hibbs for BTS Magazine.

All I can say, is that this was simply amazing to have all three books been given four and five star rating and encouraging reviews. And that they all were highly recommended to readers. 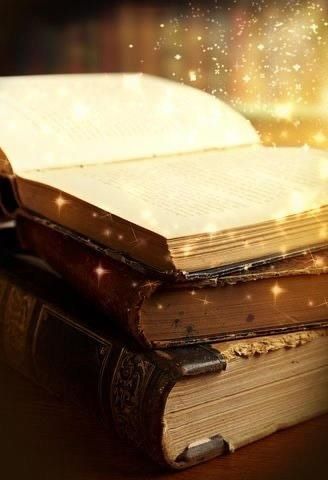