Navigating the path to independence

Growing up with a severe hearing loss was filled with many challenges, both good and bad, and they served as hard lessons that stuck with me. I’ve learned that I’m the only one responsible for my life and that it’s entirely up to me to find creative solutions that work.

One of the biggest issues that I’m faced with on a daily basis is that I’m not Deaf and I’m not Hearing, I’m in between those two worlds. I’m actually Hard of Hearing in one ear, deaf in the other and speak normally. That’s a catch 22 since most people tend to assume that I have normal hearing when I wear my hearing aids which is not true, I hear an average of 50-60% of most conversations in a quiet setting. Trying to listen to someone in a noisy environment, such as Starbucks, drops to a nearly impossible level at 30% or less. That’s a dramatic difference. In both situations, my hearing is still less than optimal and very difficult to handle since we live in such a social world that moves at a rapid pace.

At home I can hear my partially blind cat purrup whenever she wants my attention when I’m wearing my hearing aids. She is a very chatty kitty and I love hearing her do that. Her disability is the exact opposite of mine and since she can’t see the toys, she listens for it whenever I toss it across the floor. I found that to be really interesting because she has figured out what works best for her. To me, that is a truly remarkable achievement.

Just like her, I’ve had to develop a lot of coping methods (in other words, I cheat), such as lipreading yet there are still huge gaps in the amount of information I receive. Everyday I struggle to hear people and it has become much more obvious now that I’m entirely independent. Ever since I injured my back, I’ve been dealing with a lot of medical appointments that required meeting new doctors and medical staff members that are not aware of my disability. It takes time for me to get used their voices and mannerisms, while I try to figure out what they need from me. If I’m in a great deal of stress or pain, it often can make it more difficult for me to follow their conversation. In the past, my mother used to help me out with this by accompanying me to some of my appointments and act as my interpreter. She was essentially the perfect person to ask the right kind of questions since she knew what I was missing in terms of information.

Now that I’m on my own, I’ve discovered that I can no longer continue to guess randomly or skate by on sheer dumb luck like I used to. I’m in entirely different place in my life which is presenting itself with more obstacles than ever before.  Recently I encountered difficulties in contacting my doctor for follow up appointments and necessary medical tests. I was not able to call them and had sent them numerous emails, none of which they replied to. As a patient, they put me in a very difficult and risky position because it directly affected my health and I had no other way of talking to them. Short of driving to their office, which I’ve already done several times, I had to rely on a family member to make a phone call on my behalf. This was not an appropriate solution nor did it allow me to be completely independent. When I finally got in the office and was able meet my doctor face to face, I had to explain that it was an infringement of my rights by refusing to respond to my urgent messages via email. Their response was that their office may be setting up a service that will allow patients to book or cancel their appointments online. That would be great but it doesn’t solve the issue if a patient like me needs to ask them a question or obtain follow up information.

Lately I’ve been encountering more situations like this where their services are not accessible. This needs to change sooner rather than later. It’s not okay to overlook patients or clients with a hearing disability and assume that someone else will help us. That’s not creating an inclusive environment for us  and it’s disheartening to come across this frequently in big cities. I find this particularly disturbing since Ontario already has laws in place to improve accessibility for people with disabilities.

While I’m more than happy to educate people about my accessible needs, I’m finding that it’s placing a huge burden on my emotional and mental well being. Being left out in the society is an extremely difficult position to be in and it’s getting harder. It may not seem like it, but every day I’m fighting a battle that leaves me physically drained. Don’t get me wrong, I’ve met many wonderful and caring people who enjoy helping me and that means the world to me.

My mother had been instrumental in helping me fill in those gaps. It wasn’t until after she died,  that I realized just how much of difference she made in my life. At family gatherings or conversations with a group, she always tried to include me by using sign language and repeating what others said. She knew how hard it was for me to follow them and wanted to make sure that I didn’t feel left out. Today, everywhere I go, I’m constantly faced with the dilemma that I’m not able to hear what they are saying. It’s especially more noticeable in new environments like a hospital, where I’m faced with strangers who may be too soft spoken for me to understand. It’s times like that makes me break out in a cold sweat as I try, usually in vain, to decipher what they said to me. I’ll invariably end up saying the wrong thing which makes me feel supremely idiotic.

There have been times when I’ve told someone that I’d missed what they said, and they would give me a snarky response such as “Turn up the volume on your hearing aids".  That is actually offensive and not at all helpful. Even though they may have said it in jest, it’s deeply hurtful, especially since I’m trying so hard to understand them. I’m doing the best I can against impossible odds. It’s times like that when I want to scream in frustration or hide under a fuzzy blanket and binge on Netflix. For the most part, it makes me realize that this world is not as inclusive as it should be for people with disabilities.

Then I had an epiphany the other night while watching an episode of Dr. Who that focused on the iconic Rosa Parks. That was an eye-opening moment which reminded me that sometimes it takes strong people who are willing to stand up for their rights and fight for it. I think that is where we are right now, it’s our responsibility to represent our community and show everyone what we are capable of and what we need in order to succeed. Being denied access to basic services such as medical care is not okay. It’s inhumane and lacks any sense of morality towards people who have invisible disabilities.

I know that there are a lot of other people who say that being Deaf or Hard of Hearing is not a disability and that’s fine, it’s their own opinion. There is nothing wrong with that, they have found a way to live with it. But in some ways, it hinders our progress when it comes to removing barriers for the hearing impaired who already struggle on a daily basis. It’s aggravating because I work so hard just to function in the society and when I can’t communicate with the people that I desperately need to, it strips away my dignity. It’s a very dehumanizing experience that makes me feel like I don’t belong here or that I’m not enough. We need to change that. 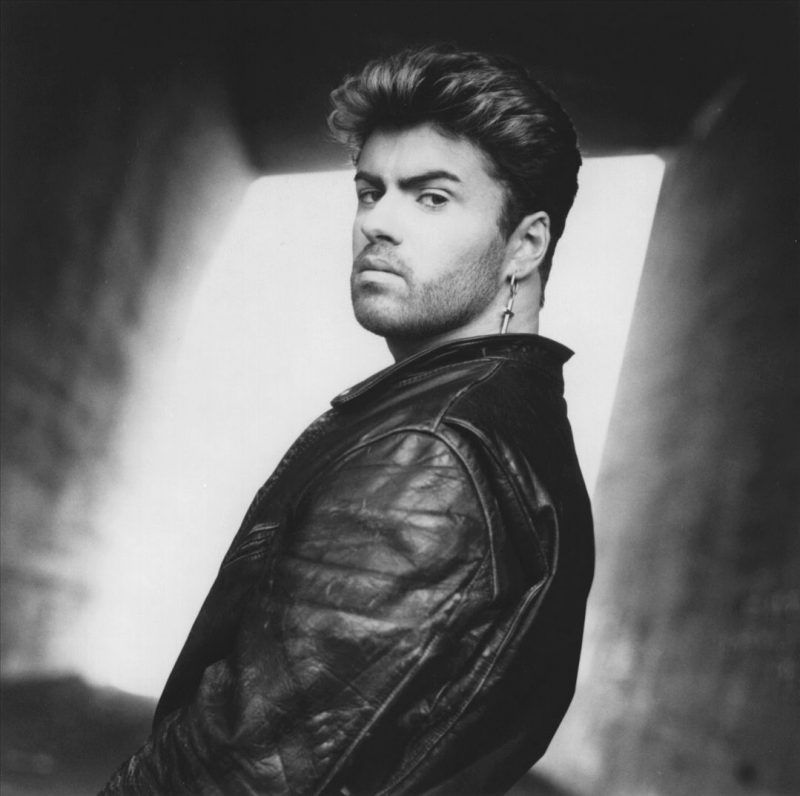 I recently came across George Michael’s lyrics for “An Easier Affair” that hit the nail on the head about trusting our instincts and following our heart. It was an important clue for me to embrace and a necessary reminder that I need to do what’s right for myself.

Here’s a snippet of the lyrics that meant a lot to me:

“Well let me tell you people

It's an easier affair

Not livin' my life with other people on my mind

No, got nothing to hide from anyone

'Cos I'm walking on new air

See I don't have the time for the haters

Don't let them tell you who you are is not enough

Don't let them tell you that it's wrong

Or that you won't find love

Don't let them use my life to put your future down

Don't let them tell you that happiness can't be found”

My biggest priority in life right now is being as independent as possible with my own business. It’s not easy doing it all by myself but it gives me an amazing feeling of satisfaction when my customers are happy with the work that I do. That is really important to me. It may not be much but at least I know that I’m capable of contributing to the society. Most of all, I want to feel human.