The last few months have proven to be an incredible challenge for me on many levels, particularly after the death of my mother. I've been doing a lot of soul searching, trying to figure out where I fit in and how to utilize my skills. I'm continuing to evolve and change as I go through this new journey.

While my hearing loss has defined me and given me opportunities to adapt and grow as a person. It has also forced me to come out of my comfort zone, especially since I'm quite shy, and to come to terms with my limitations. Lately, I've been looking inward and asking myself "Who am I?" This is especially prudent right now as I head in a new direction in my life.

During the holidays, just before my mother died, I had seen a remarkable movie entitled "Passengers" featuring Jennifer Lawrence and Chris Pratt. I had told her about it and was looking forward to watching it with her so that we could compare our thoughts about it. It held an interesting premise that would've sparked a lively discussion between us. Sadly, we never got the chance to do that. 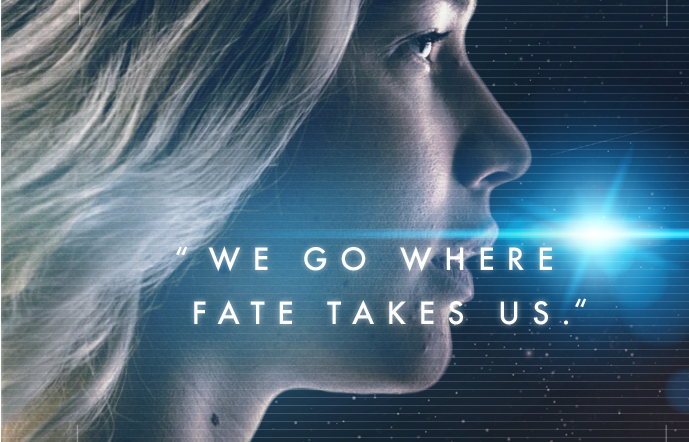 I thought the movie was intriguing, especially since it resounded with me and in some ways, parallel to my life. The reason why I connected with it was the way it showcased the impact of being incredibly isolated. To me, it was a reflection of how I felt with my disability since it can effectively cut me off from people. Due to the severity of my hearing loss, I can only hear an average of 40% or less of what is spoken and as a result, this makes it extremely difficult to have a normal conversation. I miss a huge amount of information and it's exhausting for me to keep up with someone, particularly in a noisy environment.

I was curious as to how Chris Pratt's character, Jim, would grasp the concept of being truly alone while trying to accept his fate. It made me wonder how he would grapple with his inner demons, would he lose his mind or give up entirely? As the story progressed, he had to face another dilemma: should he awaken another passenger? He had to make a moral decision about changing the life of Aurora, played by Jennifer Lawrence. This created an intense conflict between the two characters, as well as themselves. Both of them had to deal with the inner turmoil from this difficult and irreparable course of fate.

Aside from the persistent and nagging thought that if it was me on that ship, how long would my hearing aid batteries last for that duration? It made me wonder if I would even bother wearing my hearing aids. As I watched the story unfold, I kept placing myself in their shoes, speculating how I would've handled it. I connected with Aurora since she was a writer and despite the insurmountable and uncomfortable odds she faced, she decided to use her talent as a valuable tool to document their lives on the ship for the crew to read.

This resounded with me since I was in the midst of writing my fifth novel and in the middle of doing my own introspection of my life. It felt like I was on a similar journey with Aurora who was trying to make sense of her life. I understood where she was coming from. This had a profound impact on me since I could easily relate to her. It also made me realize the importance of writing my story for future generations. It was a confirmation that I was doing the right thing by talking about the impact of my disability. To me, Aurora and the movie itself, was a personal message that I should continue to educate people, especially young adults, about hearing loss. Most of all, it gave me hope.