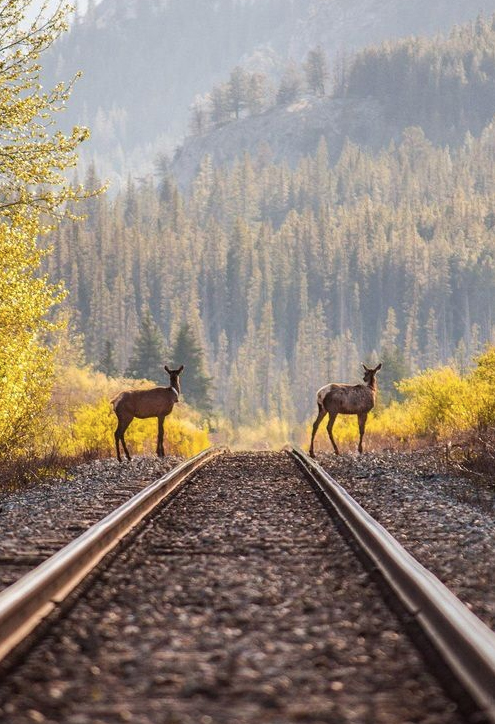 Growing up with a severe hearing loss has taught me a lot of life lessons. I’ve learned that the only person responsible for my safety, especially while traveling, is myself. Even though there are kind and considerate people out there who are more than happy to help me, I simply cannot rely on them for their guidance around the clock.

It doesn’t matter if it’s riding on the subway, bus, taxi, the train or plane, I’ve realized that it’s necessary to plan ahead and be extremely diligent about my travel routes. That means that I have to take steps so that I’m not inadvertently putting myself in danger. As much as I would love to lie back in the seat, close my eyes and relax, I cannot do that. I NEED to know what is happening around me and watch for visual clues since I’m not able to hear the announcements.

Traveling is rarely a relaxing experience with me. I’m constantly alert, paying attention to my location and getting ready for the next stop. One thing that I have discovered is a nifty app on my iphone, a GPS oriented map that shows me a live feed (usually but not always) of where I am. I use it as much as I can on the train, taxi, and even when I’m walking around the city. By the way, I use the iphone for texting, not calling, and it has made a huge difference in enabling me to stay in touch with my family. 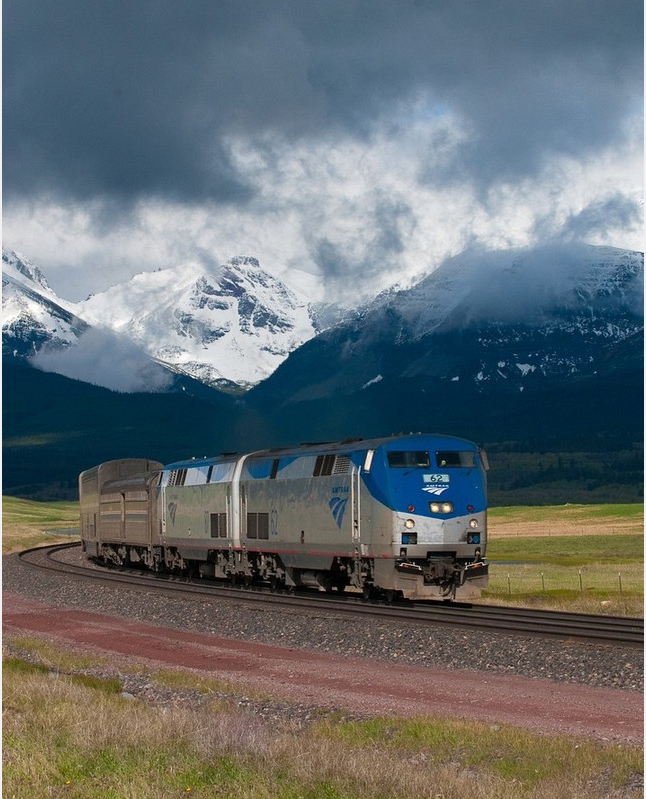 For trains, pre-boarding is the best solution for me so that I don’t have to go around asking other passengers what was just broadcasted on the air.  When I arrive at the train station, I talk to a porter and let them know that I have a disability and ask to be pre-boarded. It’s wonderfully easy and they are very supportive in this regard. Being honest and upfront about my hearing loss has been a great way to educate other people in this industry about dealing with disabilities. They are genuinely interested in gaining valuable knowledge about being more accessible.

I’ve found that Amtrak has a form on their website where you can make reservations for passengers with a disability and they will try to provide any necessary assistance on route. When the porters on the train receive the passenger list, they will see a note indicating that a traveler has a disability. This awareness from the beginning of the embarkation has made a difference in providing more ease for all of us. VIA Rail Canada, unfortunately, does not have an online form to let their staff know about passengers with disabilities. Instead, they request that the travelers call them for more information which unfortunately defeats the purpose. I have approached them many times and expressed my difficulties and concerns about their online issues when booking tickets and they seem to disregard it. Most people don’t seem to fully realize the difficulty of asking someone else to make a call on my behalf. I’ve had people refuse to make a call for me and it’s also extremely embarrassing and humiliating to do this.

I have learned that even though the staff on the train are well aware of my disability, they don’t always remember especially if they are really busy. In fact, one time while I was on Amtrak in the US, I narrowly missed my stop when I couldn’t hear the announcement. I had requested that one of the porters let me know ahead of time when my stop was coming up so that I could get ready in a timely manner and they failed to do this. When I finally realized where I was, I had to scramble to gather my bags and run down the aisle to get out, hitting the passengers in their knees as I bumbled by them. The porter was just starting to let the passengers on when I had to tell him to stop and let me off. I was furious at this point and shouldn’t have had to go through this much stress and anxiety especially when we all agreed ahead of time that I needed assistance. It’s not a perfect system and it’s filled with glaring flaws. 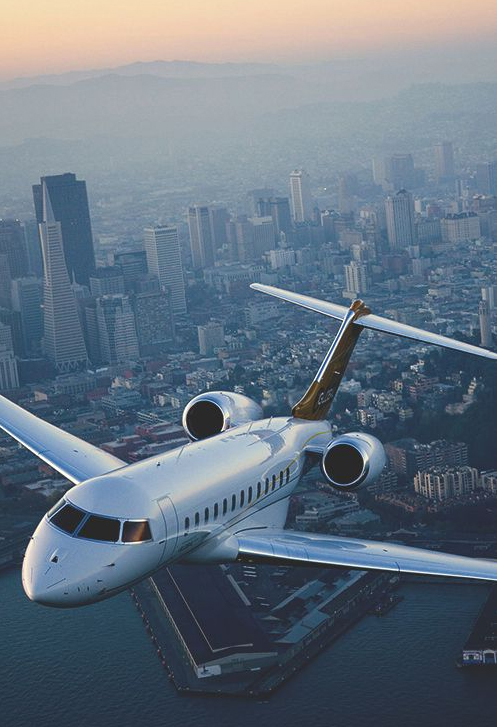 Being a public speaker and traveling from coast to coast frequently has taught me an important lesson of becoming familiar with the city I’m visiting beforehand. I delve into the world of maps, researching online for great tips, and print off schedules for every single trip. Last minute changes are horrifying for me since I’m already overloaded and near the breaking point. Having to change planes or go on standby at airports is the worst thing for someone like me.

When I was on standby on Chicago, I was faced with my worst nightmare. The staff at the desk was rude and indifferent, they flat out refused to acknowledge that I was hearing impaired even though my shockingly pink hearing aids were hard to miss. It didn’t matter how many times I told them that I couldn’t hear announcements and needed to lip read them, they still told me to listen for the boarding call. When I tried to talk to them, they simply shot their arm out and deftly pointed to the seats behind me.  I sat down and watched them like a hawk, looking for signs when it was my turn to board. After a nerve-wracking thirty or forty minute wait, one of the staff behind the desk gestured at me from across the floor. I soon as I approached the desk, they immediately asked me why I didn’t respond to the announcement. I told them, AGAIN, that I couldn’t hear speeches over the air. She just stood there with her arms across her chest in apparent disgust. I gave her my ticket and reminded her that I needed to be pre-boarded, she grumpily snatched up the pre-boarding envelope and reluctantly gave it to me. She made it obvious that she didn’t want to have anything to do with me and glared at me as I made my way to the pre-boarding area. By this point, I was nearly in tears and shaking from the experience. I was doing the best I could under very difficult circumstances and they made it much worse by not acknowledging my disability. They were the most inconsiderate airline staff I’ve come across so far. It was one of the most hair-rising experiences I’ve been through.

Planes are my least favourite form of traveling. It’s not that I’m too freaking scared to fly, I’ve been on planes since I was a toddler, it’s the fact that they are impossibly loud for me. My hearing aids amplify the high pitch drone from the engines and rush of air that’s being pumped through the vents. Add on the plugged sensation in my ears from the cabin pressure which blocks what’s left of my ability to hear the airline staff. I often find myself squinting my eyes trying to lip read them while I lean across my companions, guessing as to what they’re saying to me. It often turns into a game of charades between us, much to the amusement or dismay, of everyone around me. Sadly, there are very few airlines that provide captions for with their movies. Also, their headsets are only suitable for people who don’t wear hearing aids. Those stupid things are designed to go in the ear where my hearing aids are. I can’t even begin to tell you how many times the staff tried to tell me to take out my hearing aids. I would give them a level stare and explain through tightly clenched lips that it would defeat the purpose to remove them since I need them to HEAR. Yeah, thanks for being so helpful. It makes me want to go bang my head on the flimsy fold out table in front of me. I’ve been through this so many times that it feels a lot like Groundhog Day and I expect to see Bill Murray sitting next me. One solution I’ve found is by downloading a variety of tv shows and movies onto my ipod prior to traveling. At least this way, I can watch shows that I actually enjoy. All I have to do is plug in my Oticon steamer, turn it on, viola! The rich sounds instantly pop into my hearing aids. I have my own personal stereo system that no one else can hear. It’s brilliant! 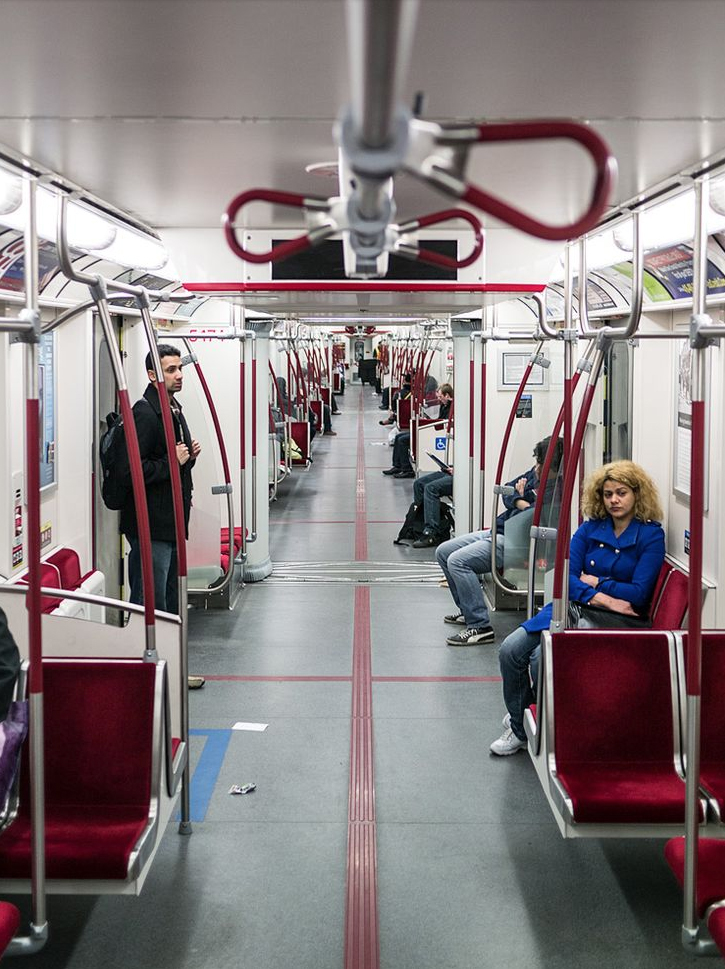 Traveling in large cities, such as Toronto, has made me more aware and appreciative of the TTC subway. The new snazzy subway cars now feature nifty LED signs above the doors and in the ceiling that provide a clear, visual announcement at every stop. They also have live LED maps near the doors that feature the exact stop with a blinking light. Before, I had to constantly look out the window and watch for the signs on the walls to figure out where I was. Now, it’s such a nice change to be able to understand the announcements like everyone else. I feel more included and a part of the society. It has made a big difference in feeling more at ease and I wish that all forms of transportation did this, including taxis, buses and trains.

Even though the subway has made traveling a bit easier, and much more accessible for people with disabilities, I still have to be conscious of my surroundings. I’ve witnessed many people on the subway, sleeping soundly and waking up promptly at the announcement at their next arrival. I consider them very lucky to be able to do that. To me, speech sounds garbled on the speakers, especially in large busy areas with ceilings that echo such as the Union Station. They might as well as be speaking another language. To my ears, it sounds like someone is speaking Elvish from the Hobbit. It doesn’t make a lick of sense.

When I’m walking around in the city, I often utilize my vision by watching reflections in the window so that I can observe who’s around me. It doesn’t mean that I’m a scaredy cat, I’m simply being street smart and not putting myself at risk. There was one-time when I wanted to watch a movie and realized that the only theatre with captioning was on the other side of the city and playing late at night. Even though I had been to that particular theatre before and taken the subway to it, walking down those streets at night by myself made me feel very vulnerable. I realized at that point that I never should’ve put myself in that position. Walking through an unfamiliar section of the city, past dark alleys was a really bad idea. It was difficult enough not being able to hear, adding on the lack of ability to see at night was simply too much. Now I stick with doing these activities during the day where I feel safe and more confident.

While on the topic of movies, I love the fact that more theatres are being inclusive towards people with disabilities, providing ramps and platforms for wheelchair users, descriptive audio for the blind and captioning for those with a hearing loss. I spent years being feeling left out when captioning was not available at all or located in other cities that took at least an hour to get to by car. As soon as it was provided closer to home, I took every opportunity to attend as many shows as I could. It was such a special treat for me and I felt very, very blessed to be able to do this since I could enjoy it like everyone else. Like a normal person. And that meant the world to me. 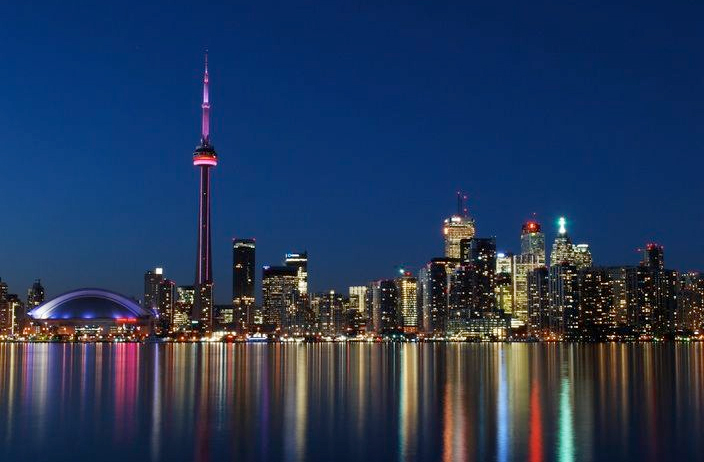