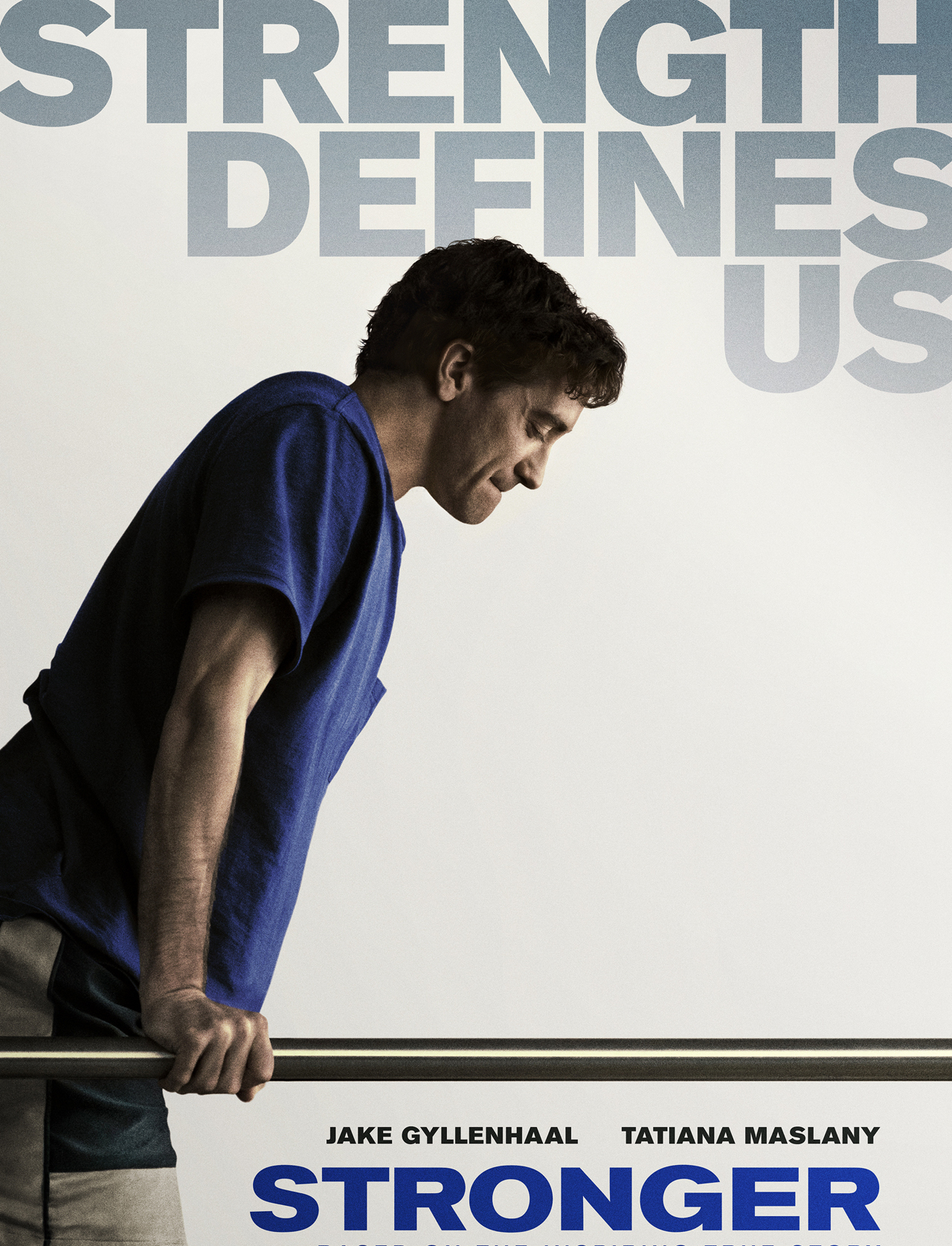 After seeing the latest Jake Gyllenhaal movie, Stronger, I walked away with a profound sense of recognition. I immediately connected with him, particularly at the point when he realizes the impact that he is having on others, simply by being determined to stay strong. Like many of us in the theatre, I left with tears in my eyes and struggled to maintain my composure in such a public place.

Mind you, there were numerous moments throughout the movie where I disagreed with the way his disability was handled, such as being forced to have someone carry his wheelchair up the stairs to get to his tiny, cramped apartment. It was completely inaccessible for someone in a wheelchair which made it impossible for him to get around safely or with humility. To watch someone who just lost their legs, drag themselves down the stairs was incredibility painful to watch. It was wrong on many levels.

There may be have been specific issues or reasons for not moving to a new location that was accessible and more spacious, such as lack of money or resources. I was still dumbfounded as to how ignorant the rest of the family was towards his disability in terms of trying to find ways to accommodate him. Even though his insurance was able to help cover the cost of his medical bills as well as awesome, bionic legs, he continued to stay in a tiny, cramped apartment that required going up a flight of stairs. While I understand that most people wouldn’t truly grasp the concept of what it means to provide an accessible home, I would’ve thought that the staff at the hospital, particularly the physio team, would’ve provided useful resources for him to use. It didn’t make sense as to why there no modifications made to the bathroom or bedroom.

That made me wonder if it was because he had trouble accepting his disability and the new changes in his life. Was it a reflection of how his family treated him? Did that prevent him from moving forward? I recently came across an interview with Jake who make a remark about Jeff Bauman, the person he portrayed in the movie which gave me a better sense of what was really going on. Jake said that in his observations of Jeff as well as conversations with him, he realized that his disability changed him in unexpected ways. Aside from the emotional and mental turmoil of losing his legs from a traumatic event and suffering from PTSD, it was the physical changes to his body that created a unique set of circumstances. It changed the way the people in his life treated him. His newfound limitations caused his family to develop an infantile response towards him, making him feel less independent and essentially helpless much like a baby. It was a dehumanizing experience for him. 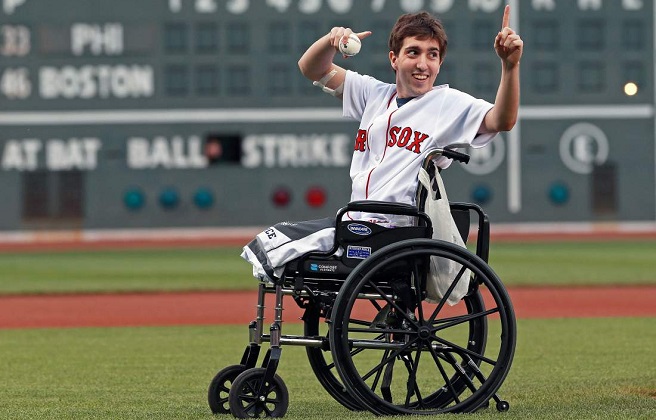 I found that to be an interesting concept and a remarkable insight as to what was going on. He is correct, people often do react differently around others with a disability. Sometimes they have no idea what to do or what is considered to be politically correct which results in everyone behaving as if they are walking on eggshells. Other times we are looked down upon as an imposition, another obstacle to slow everyone else down in their daily activities. Even though they may mean well and have the best intentions, their expectations of us are lowered. I suspect that is what was happening here. Instead of being surrounded by a positive and healing environment, it trapped him in a negative and defeatist state of mind. He was being treated as if he was weak and as a result, it likely made him feel less worthy or confident about himself.

To the public he was viewed as being a hero, for standing up to terrorism and rising above the bombing. They perceived him as someone who portrayed strength and bravery, someone that was a great representation of not letting anything or anyone hold him back. Yet, he didn’t feel that way about himself since he was still battling his own inner demons. It wasn’t until he began to meet other people who were also victims and dealing with their own traumas that he realized he was not alone. The more he listened to them, the more he realized that he could be a beacon of hope to them. In order to heal himself, he had to accept this new stage of his life and see the world from other people’s eyes.

Even though his disability was very different from mine, particularly since his was a sudden and dramatic change, whereas I was born with it, I recognized the similarities of what we were going through. There were many elements and nuances that he was experienced that I instantly connected to. In some way, we were kindred spirits. 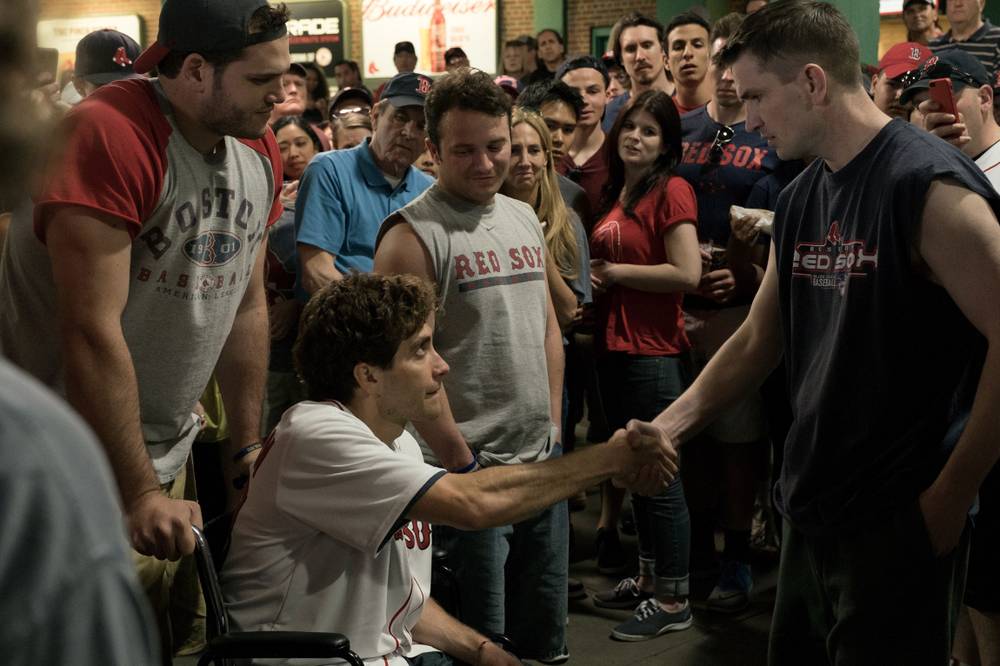