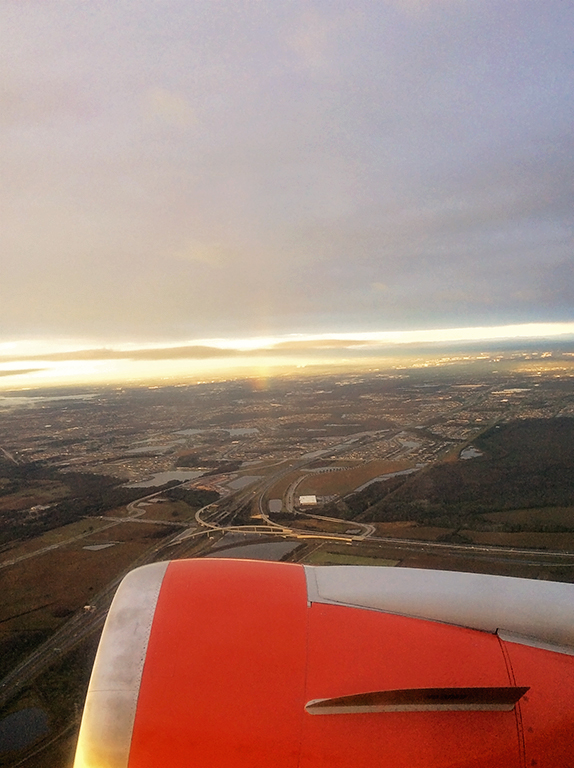 As a seasoned solo traveller, particularly one with a profound hearing loss, I've learned a few tricks to help cope with the anxiety and stress that comes with it. I've had several near misses at airports where I didn't hear the announcements for gate changes and found myself sprinting to the other side via a confusing maze of busy hallways. I always get a cold sweat whenever I approach the lounge area, wondering if I'm in the right boarding area.

Over the years, along with frequent trips in and out of the country, I've found a system that seems to work for me (for now). It may not be perfect but at least it makes it more bearable, especially after numerous headache-inducing and WTF moments.

I often plan my trips in advance, making sure that every mode of transportation fits like a completed puzzle. Past experience taught me a hard lesson by requesting to be pre-boarded on the train and plane. A common mistake is that people tend to think that you have to be in business class to do this. Not true, if you have a legitimate disability and it's marked clearly on your ticket, you have the right to go on early. Once boarded, I typically inform a staff member that I can't hear announcements and ask for assistance which they are usually happy to do. Occasionally they will forget, particularly if it's a busy day.

Prior to going on a trip recently, I was fully prepared to launch into a lengthy dialogue about the severity of my hearing loss to the airline staff. As I stepped into the airport lounge area, I approached the desk and asked the staff if this was the correct gate. They nodded, and I proceeded to let them know that I would like to pre-boarded. They showed me where to wait, near the priority line up, where I gratefully stood, feeling relieved that it was going well.

What was different this time around was that I was exhausted and filled with grief due to the recent death of my mother. I wasn't thinking too clearly and worried about the trip more than usual. I was approaching this trip with a very different perspective and feeling more alone than ever before. Imagine my surprise, when an enthusiastic crew member waved me over to the pre-boarding area and guided me towards the airplane. The moment I stepped on the plane, I quickly explained to the flight attendant that I was hard of hearing. Imagine my surprise when they started to sign to me! This was the first time, ever, that someone knew sign language on an airplane. I was blown away. He eagerly connected with me, asking me questions about the correct signs for a couple of words, then showed me where my seat was.

As soon as I sat down, another attendant approached me and asked if I wished to see her do the safety procedures ahead of time, one on one. I was literally speechless. I politely said thank you since I was familiar with flying and read the safety manual that was in the seat in front of me. Then she asked if there was anything else they could do for me. I quickly inquired about one of their snacks that was listed on the airline menu since I wasn't sure if I could have it so early in the morning. She cheerfully said that she would be more than pleased to check it out and went to the galley at the back. Minutes later, she briskly came back, nodded her head and gave me a thumbs up.

I was still trying to wrap my head around the sudden change in accommodating people with disabilities. I've never been treated with this much kindness on any of my trips, so it was a pleasant surprise, especially during a difficult time in my life.

Midway through the flight, I looked up to see an attendant taking orders for food and drinks. By the time she reached my seat, she gave me a big smile. Before I could request my order, she promptly handed over the snack, along with a handwritten note on the napkin that asked if I wanted anything else. I was speechless yet again!

This was the first time in many years of travelling that I've ever come across such an enthusiastic crew towards me who were deeply aware and respectful of my hearing loss. It was one of the best experiences I've had on a flight.

I would like to express a heartfelt "Thank You" to Air Canada Rouge for being so accommodating and gracious to me. It meant the world to me.

I have a feeling that Mom was there with me, guiding me on this trip.