Upside down and inside out 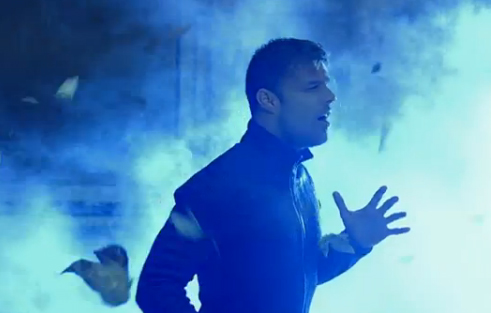 As Ricky Martin would say in Living La Vida Loca, my life certainly feels like it's upside down and inside out these days.  It's one of those moments when you stop and say "this is insane!"  That's a sign, a big one, that changes have to be made.  And it's definitely happening.

I've been doing a lot of soul searching and realized that in order to move forward with my dreams and achieve my goals in life, I have to start looking elsewhere.  While it's a terrifying notion, it's also a thrilling opportunity that I can't turn down.

I know people will ask me "Why?"  Ever since I've become deaf, my life has changed drastically.  I can no longer function in many aspects and I have found that it has cut me off from many activities that I used to enjoy.  I've also learned that not everyone is capable of embracing this change and it's having a monumental effect on everyone else around me. Like a stone being dropped in the water, my hearing loss is leaving a ripple effect. That's the last thing I want to happen.

Ironically, I have incorporated some of these new changes into my third book to show people how much of impact it had on my life and in essence, Jessie's life.  For her, it ended up casting a long shadow of doubt and shattered her self confidence to pieces.  It was an echo of what was happening to me and I felt that it was important to showcase this in the trilogy series.

What I've learned from writing my books is that readers love gripping scenes that encompass strong emotions and that's exactly what I've done.  Some of my favourite and deeply moving moments are the ones that feature an actual time in my life when it occurred.  They come across as being strong and vivid events and that's due to the fact I've included the crux of emotions that were happening at that period of time.  It pulls you right into Jessie's world as if you've stepped across the threshold of the book.

While both Jessie and I went through some major revelations in Destiny, it essentially taught us that we need to stay strong and be brave to move forward in life.  We needed to hold onto something tangible that gave us hope.  For Jessie, it was stars, for me it has been the word "Believe".  Here's a shot of me wearing it -->  instagram.com/p/aLj-s2y2Aq/

I've been embracing that by wearing the inspirational bracelets from Good Works - http://www.goodworksmakeadifference.com (Canada - http://www.weaverdistribution.ca/) Not only do the leather bracelets incorporate the word "Believe" in their inscription, they also feature messages such as “You Are Beautiful”, "Dreams" and "Courage".  When I have enough money, I'm hoping to get a pink or purple one or even perhaps gold.

I'm loving the fuschia wrap around right now, it's such a spectacular colour! Go check it out!  > http://www.shopweaverdistribution.ca/collections/goodworks/products/you-are-beautiful-luscious-wrap-around

They are always coming up with new styles, definitely go take a peek at their latest collection > http://www.goodworksmakeadifference.com/styles.html

And did you know that they have them in Braille too? How awesome is that?! > http://www.goodworksmakeadifference.com/styles/fortitude-braille-statement-bracelet.html

These ones are also lovely featuring a single message > http://www.goodworksmakeadifference.com/styles/fantasy-metallic-wrap-bracelet.html