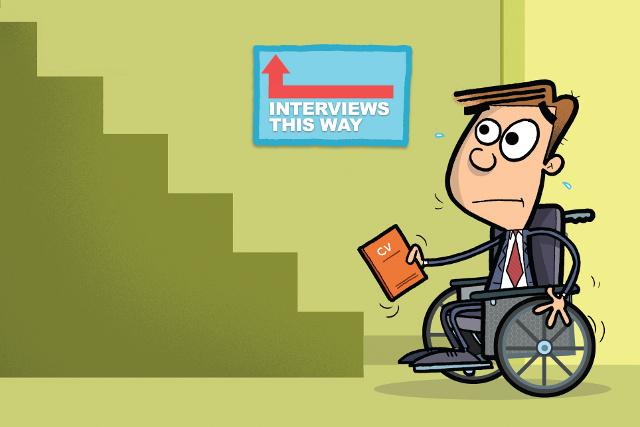 My mother recently read an article and suggested that I take a look at it. She normally doesn't do this unless it was something that had a really strong opinion or featured a topic that would be interesting to me. Truthfully, I wasn't entirely sure what to expect but I suspected that it had something to do with hearing loss. Growing up with a severe to profound hearing impairment has, in many ways, blunted my compassion and viewpoint about other people's experiences. Why? Because they usually exaggerate a minor issue or diminish the real problem: the society's lack of co-operation towards disabilities. Granted, there is a law that states all organizations and businesses must provide an accessible platform, many still do not provide it.

Don't get me wrong, I'll often find one or two interesting points that I'll agree with or remark that it's similar to my experiences. Sometimes I'll cringe in sympathy or laugh out loud when I come across a point that I can relate to. In any case, Mom was persistent that I read this particular article and that piqued my interest. Little did I know just how remarkable it was until I started reading it. I couldn't believe it, for a moment, I thought that I was reading a page out of my diary. It was absolutely surreal!

The more I read it, the more I realized how much I identified with the writer (Kalia Douglas-Micalle). Our lives were eeriely similar to the point we could've been twins. I've met many, many people who grew up with a hearing loss like mine and encountered similar issues and frustrations. Yet, this was the first time that her words and descriptions were literally verbatim to my life. She sounded like me. Our voices and thoughts were on the same wave-length. It was bizarre. And enlightening.

Not only did she express dismay at the lack of accommodations towards people with a hearing loss, she also recounted her experiences such as her teachers calling her stupid. I knew the feeling all too well. I went through that too and still do to this day. Like me, Kalia was often quickly dismissed, talked down to, and essentially treated as an after-thought or minor annoyance.

She was a fighter, believed very strongly in equality while facing numerous obstacles on a daily basis. Despite being a strong advocate for people with disabilities, particularly hearing impairment, she quickly discovered the truth: that everything was not as it seemed.

She wondered why she felt so anxious and continually second guessed herself even though she was a strong person. It wasn't until she saw a pattern, that she often found herself educating people about the hearing aids that she wore and what was missing in terms of being accessible. The biggest lie out there is how people frequently tell us that "It's a challenge you need to overcome" or "You're not disabled, you're abled."

Kalia is right about this. I've been told this many times, that I need to find other ways of "working with my hearing loss". That's a load of crap. The majority of the people who say this to us, have absolutely no clue what it's like to have a disability, especially hearing loss or deafness. And when we suggest ways of providing access for us, they find a reason not to be inclusive or blame us for "making things more difficult."

Unfortunately, that viewpoint about finding ways of being "abled" is a very distorted type of brainwashing, presumably set by people who originally had good intentions about creating a more positive label with the concept of being "disabled". That's false advertising and incredibly misleading. Not only to us but also to the public who feel guilty about our disabilities. They think they're been politically correct by telling us that we're "abled" instead of being "disabled" when in fact, it's incredibly insensitive and entirely inappropriate.

You cannot expect us to change our minds overnight and suddenly have a more optimistic and cheerful disposition when the rest of the world doesn't allow us to do that. No matter how hard we work or push ourselves, we will never measure up to everyone's else expectations.

Kalia is indeed correct in this regard that we have been grossly misled about our "challenges" as well as ourselves. She pointed out the term "ableism" which is a form of discrimination. She's right about that. There are still many barriers in our lives that we have to overcome and the society needs to correct that so that we can have equal access and the same opportunities as everyone else.

We don't expect everything to be handed to us on a silver platter but we do deserve the chance to at least try. We want to work, have goals to achieve and a sense of pride and accomplishment too, just like everyone else. I especially liked Kalia's last comment about being a part of a more inclusive community with other people who are hard of hearing or deaf as well learning sign language. I'm leaning towards that too.

She also made a very distinct and important note that even though we grew up being mainstreamed in school, we still remained isolated and lonely. That struck a deep chord with me since it was very true.

Once I finished reading Kalia's article, I immediately told Mom that it sounded just like me. Her response? "I know!" That's when I knew I wasn't alone.

You can read her article in full from the Globe and Mail: http://www.theglobeandmail.com/life/facts-and-arguments/as-a-child-my-hearings-aid-made-me-a-target-now-my-lifes-work-is-battling-ableism/article31271183/