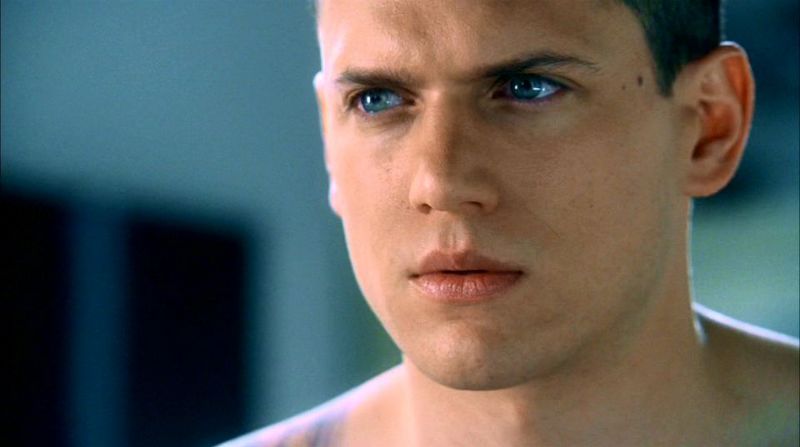 After Wentworth Miller, actor from Prison Break and Legends of Tomorrow, posted a deeply personal message about his struggles, it made me realize how important it was to be honest about it. He chose to move forward by sharing his thoughts and self care techniques through his social media which in turn is helping so many others. In my eyes, he's doing the right thing. He's showing us that there is no shame in being open about our daily struggles and talking about it.

Like him, that's one of the reasons why I chose to write a series about a teen with a severe hearing loss. I wanted to allow people to literally walk many miles in Jessie's shoes and truly discover what it's like living with a disability. Throughout the series, we learn that even though she can't hear, she still has dreams and goals just like everyone else. We follow her through her struggles, hoping that she perseveres and overcomes it. She comes to a realization that she must accept the truth about her disability and find a way to succeed by holding onto hope and staying strong.

This theme is also reflected in the TV series, Glee. Every episode features a heart wrenching and emotional topic that hits very close to home. The more I watch Glee, the more respect I have for that show. When one of my friends alerted me that there were several particular episodes that I needed to watch in Season One, I decided to follow their advice. Boy, did they knock my socks off! 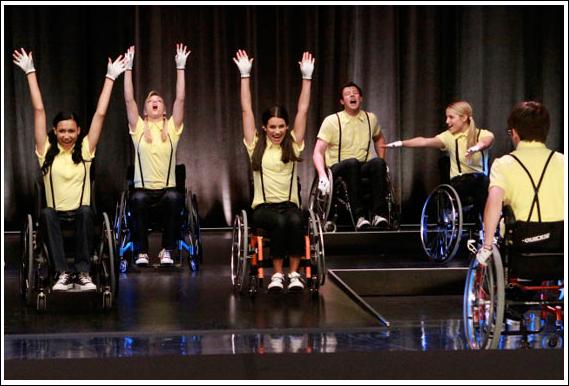 In the episode "Wheels", we learn that Artie cannot take the bus with the rest of his team to the Sectionals due to his wheelchair. This forces their director to take action and have the rest of the students live a week in Artie's life by using wheelchairs at school. As a result, this becomes an eye opening experience for them. They discover how hard it is for Artie to get around and do the same things like everyone else. It's a different world. Albeit, a supremely challenging and frustrating one. We learn how he became physically disabled (via car accident when he was younger). We also see his vulnerable side, how much it hurt him when his team was quick to dismiss him. Their cavalier attitude towards him becomes unbearable with their snide remarks such as, "Artie doesn't mind when his Dad drives him." We see the shame and pain on his face when they say that. This was beautifully portrayed and in essence, created a deeper emotional punch.

After spending time in wheelchairs, the team decides to do a song as a group with all of them on stage just like Artie. The song they chose, Tina Turner's "Proud Mary", was a spectacular fit! The stage was fitted with various ramps that allowed all of the cast members to roll around and incorporate an impressive performance. This encouraged the team to come together and form a closer bond which brings a sense of joy and inclusiveness for Artie. I loved seeing the look on his face and how grateful he was that they all took the time to use wheelchairs, especially on stage with him. It meant the world to him.

By the way, this episode also introduces us to Becky, a student with Down's Syndrome, who decides to tryout for the Cheerios and she is immediately accepted as a cheerleader. We learn why: Coach Sue's older sister also has Down's Syndrome whom she visits in a nursing home.

Overall, this was one of the best stories I've seen (so far) on Glee. I cheered on Artie and rooted for him. I actually raised my fists in the air and exclaimed, "Yes!" in triumph. It was that good. It resonated very well with me.

While this particular episode demonstrated a wide spectrum of challenges and emotions, it was a good reminder that it's not easy living with a disability. Even though it can make us stronger and more determined, it can also tear us down, piece by piece. When new pieces of armour go up, others fall as our sense of self confidence wavers. Staying strong for so long can make us question ourselves. That constant self doubt wears us down after awhile. That's why we need hope to guide us.

Here's the video of them doing Proud Mary in wheelchairs -->  http://glee.wikia.com/wiki/File:GLEE_-_Full_Performance_of_''Proud_Mary''