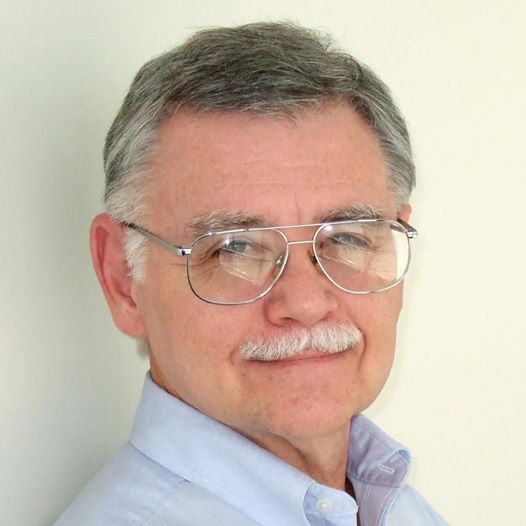 Today we are chatting with John Hegenberger, a versatile writer who switches from gritty noir to science fiction to down on his luck private detective with ease.  His latest project and upcoming release is the Stan Wade series.

You have an impressive list of published short stories and novels! Not only are you a talented author, you were also in the Navy and a marketing executive for numerous corporations. What made you switch to the field of writing?

Actually, I’ve always been a writer first.  Those other careers bought me the time to sit and stay and scribble.


Your newest private eye series, Stan Wade, L.A.P.I., features 4 novels entitled Starfall, Superfall, Spyfall and Stormfall.  All of these take place in 1959 and are reminiscent of the James Bond and Cold War era which is absolutely intriguing. What were you trying to capture when you wrote these particular books?

1959 was a grand year.  So many things from that time began then: NASA, Cuba, LSD, Lasers, and Twilight Zone.


Your writing style is incredibly imaginative and includes wry tongue-in-cheek humour as well as quick wit, how close is this to your personality?

Yes, I’m a wise guy who delights in being droll and clever.  I like seeing the good side of a bad situation.


Your other detective series, Cross Examinations and Triple Cross, feature a very different private eye. Was Elliot Cross an inspiration for Stan Wade?

The Columbus-based Eliot of 1988 is a far cry from LA-based Stan of 1959.  Eliot’s more real from the heartland of Ohio, while Stan is from fantastic Hollywood.


You’ve also delved into the world of science fiction and it’s obvious that you have a deep love for it.  Were there any shows, movies or books that created this spark of imagination?


I have to say that your upcoming science fiction novel, Malerone’s Maser, about a detective in the year 2050 with a talking gun, sounds sinfully delicious.  Was the character, Scott Malerone, based on anyone in real life?

Not really, unless you include Ted Smooly or 22 East Hackney Road.  Bless him….


Your characters sound incredibly realistic, did you get a chance to spend time with private detectives or done any investigative work yourself?

My characters are fictional, of course, and they reflect all the decades I’ve spent with other fictional P.I.s.  I’ve done some research and look forward to the day I’ll “ride along”.


How long does it take you to write a full length novel?

Usually, 5 or 6 months with a couple more at the beginning planning, plotting and outlining.


You were born and raised in Columbus, Ohio, USA.  I’ve never been to that city, are there any favourite places that you highly recommend that we visit?

Yes, we have about thirteen Metro Parks in Central Ohio, all with fine hiking trails.  And I’d recommend just strolling here in the heart of the heartland.


What are the most memorable places you’ve travelled to while you were in the Navy?

Gitmo back in the 1970s.  It’s an odd and awkward place and inspired me to write TRIPL3 CROSS.


I know that you are sci-fi geek like me, are there any shows that you enjoy watching today?

Currently, I enjoy watching Stichers, The Last Ship and re-runs of Science Fiction Theater from 1959.


Since you are a fan of The Last Ship and have been in the Navy, how accurate is the show featuring the chain of command, roles and daily life of being on a ship at sea?

I'd say that it's very accurate. Although the characters are a bit more gung ho than normal. But they're also under a very unusual circumstance, so there probably more serious and strict in their day-to-day life.


You have an extensive list of experiences, do you find that these skills cross over into your life?

Well, I guess just about everything influences something in my writing… just not sure where or when.


Now that you are a full time writer, what are your future plans?

Create the best fiction I can and share it as widely as possible.  Oh, and have fun.


What is the best advice that you’ve been given?

When writing, act like you’re a dog whose been commanded to “Sit! Stay!”


Is there anything that you would like to say to new and upcoming authors?

Go easy on yourself.  Take your time.  And have fun! 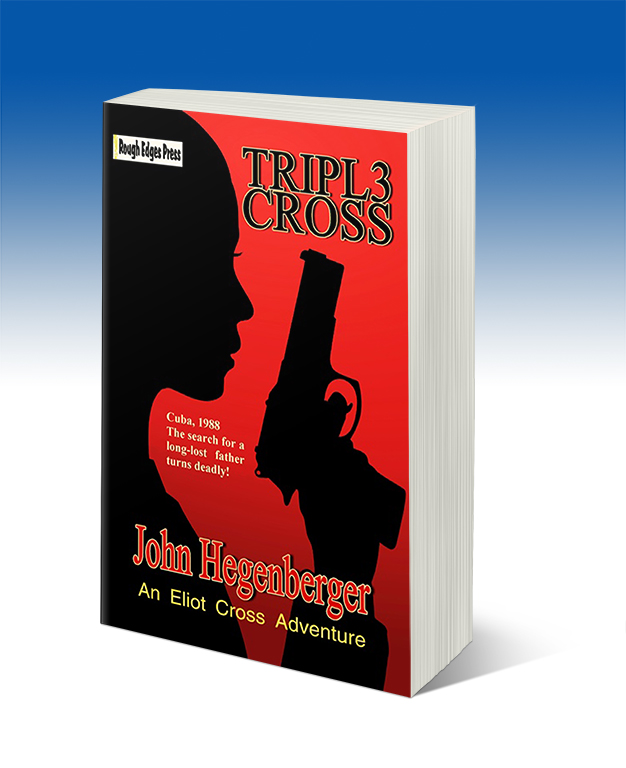 “A great debut for a protagonist readers are sure to want to see more of!” -- Wayne D. Dundee

“It’s a fast-moving tale of mystery and espionage that will engage you right from the start.  Check it out.” -- Bill Crider

Cuba, 1988.  What fresh hell happened there while our backs were turned?  Small-town P.I. Eliot Cross is searching for his long-lost father.  Then, a CIA informant says that Dad has been in deep cover for over twenty years.  Now, the informant's been murdered and Eliot is on the run.

Scrambling to clear his name, Eliot journeys from Washington D.C. to Havana, Cuba, struggling against deadly drug-runners, syndicate hit-men and his own violent nature.  But the worst is yet to come, as Eliot discovers his father is at the center of an international conspiracy, a nuclear threat and a double cross... or is that a triple cross?

Veteran author John Hegenberger spins a yarn that is both an exciting thriller and a compelling piece of 'noirstalgia", expertly recreating a sense of late-Eighties paranoia and double-dealing and painting a vivid picture of Washington and Cuba during that era, as well as saving a shocking twist for the very end.  TRIPL3CROSS is pure reading entertainment.

TRIPL3 CROSS is a sequel to CROSS EXAMINATIONS
www.amazon.com/dp/B00XT5F562