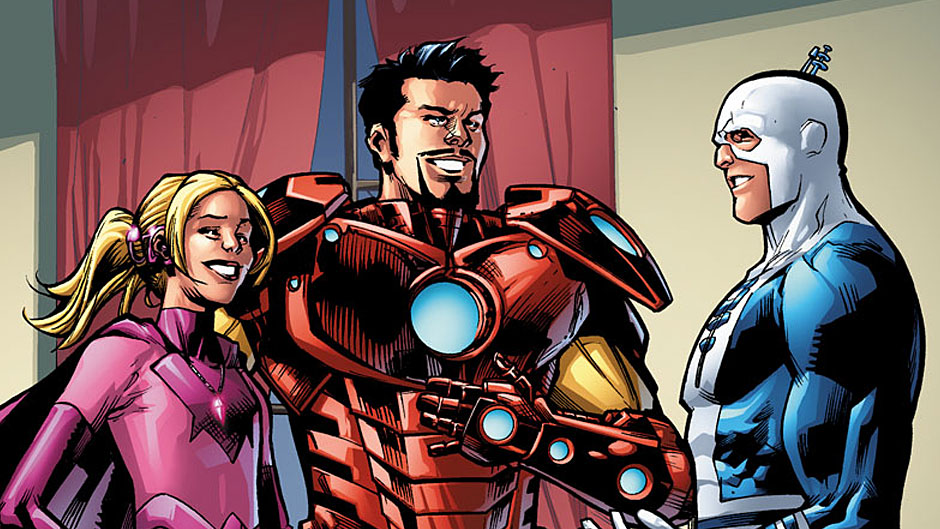 Please give a warm welcome to Marc Sumerak, an Eisner and Harvey Award nominated writer!

He has written over 500 publications and continues to produce outstanding stories.

You have a successful career as a comic book writer, is this what you envisioned doing when you were growing up?

I was always a storyteller as a kid, and I loved reading comics and creating my own stories. Once I realized that making comics was an actual profession, I did everything in my power to make sure I was on the right path to make that happen.


Do you consider yourself lucky that you got this job or was it a product of hard work?

I think it’s a bit of both. Working hard is the key, of course, but when there are thousands of other talented people vying to do the exact same thing you want to do, a little bit of luck never hurts. We always say that making it in this business is a combination of “timing, luck, and talent”. It takes all three of those factors working in perfect harmony to succeed.


You’ve written and edited hundreds of publications, particularly comic books. That is an incredible achievement! How long does it take to write a comic book?

It depends on the project and its deadline. Some stories I write in one night. Some stories take years to build. On average, though, it takes me 1-2 weeks to write a full comic script, which includes both the descriptions of what the artist needs to draw in the panels and all of the dialogue that will appear on the final pages.


Since you are freelance writer, are you required to hire artists or do you already have a team of people that you work with?

When working with a company like Marvel, it is the Editors who hire the artists. That means I get to work with a new team on almost every new project. It’s great to have a chance to collaborate with so many talented creators!


Some of the comics have been around for a long time such as Thor and Iron Man. Did you need to do some research in order to capture the original storyline and style of the writing?

A huge part of being a successful comic book writer is to understand what came before. You not only have to know what a character has done in the past, but also understand why they did it. Fans always notice when their favorite heroes seem out of character, so it’s our job as writers to do the research and make sure we hit all of the right notes.


Do you find it a challenge to continue the theme of previous publications?

It can sometimes be a bit of a challenge to continue the stories of these legendary characters in a way befitting of their legacies, but it’s also an amazing honor.


Do you have any favorite heroes?

I’ve always been a Spider-Man guy. I think what makes him work so well is that he was designed to be an “everyman” with real world problems alongside his super heroic ones. In truth, there’s a little bit of Peter Parker in all of us, and that really speaks to me as a comic book reader and a comic book writer.

You’ve written a brand new series entitled “All-Ghouls Schools” that follows the adventures of a high school teen at Darkmoor Academy. How did you come up with this idea?

I came up with the idea years ago when the entertainment industry wasn’t really providing anything for young girls who weren’t interested in princesses and ponies. I wanted to create a fun book that spoke to the girls with a slightly darker sense of humor... the ones who would rather cut the heads off their Barbies! 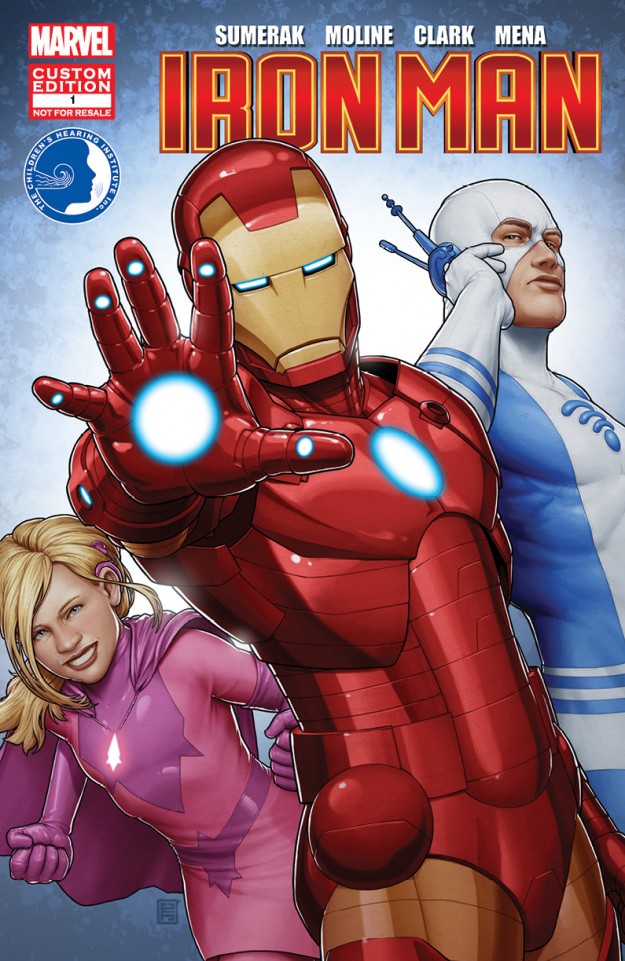 You have also created a special edition that features two heroes with a hearing loss, Sapheara and Blue Ear, in Iron Man. What inspired you to write this story?

I was brought onto the project by Marvel Editor Bill Rosemann, who felt I would be a good fit for the title. He was instrumental in bringing Blue Ear to life, and he felt that my writing would be a good match for the character. I jumped at the chance to write about exciting new heroes overcoming personal challenges and inspiring young readers.


Prior to writing about Sapheara and Blue Ear, did you get a chance to meet anyone with a hearing loss?

I unfortunately did not have that chance, but I made sure to do my research, as I would with any writing project. When writing comics, we are used to putting ourselves into the heads of characters with completely different challenges in life than our own. Our hope is that we are able to do so in a way that makes the readers understand and relate to those characters as well.


One thing I found interesting was the way Sapheara asked Tony Stark to wear an FM transmitter and I thought that was a great way to educate people about accessible devices. How did you learn about this?

During the development of this story, I worked closely with Marvel’s Editorial team and the Children’s Hearing Institute to make sure that we were providing the most accurate and interesting information possible. Blue Ear and Sapheara may have super powers to help them save the day, but there are plenty of real world advancements that can make a huge difference for people in the same situations. We wanted to make sure to highlight some of those options.


Apparently, Sapheara and Blue Ear, have been a huge success with the New York Board of Education and Children’s Hearing Institute. Were you surprised by how popular this story became?

It’s always exciting when a project I’m involved with gets noticed on such a large scale. More than anything, though, it’s rewarding to see that such a positive collaboration between Marvel Comics and the Children’s Hearing Institute is getting the attention it deserves.


I loved the comparison between heroes and people with a hearing loss, that both of them need to focus on their strengths to overcome challenges. The message is about what they can do and don’t give up. This is such a positive message for people with disabilities, especially children. Will you be doing more stories like this?

Thanks so much! I’m not able to reveal anything yet, but I have a feeling this was only the beginning for Blue Ear and Sapheara... 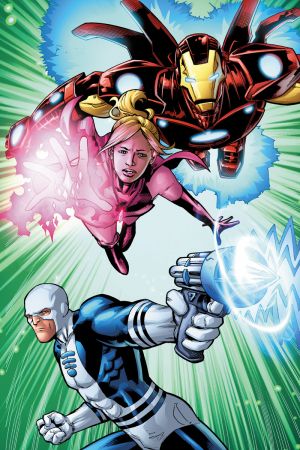 Are there any other comics with characters or heroes that have a disability?

Quite a few. Daredevil is blind. Hawkeye has had profound hearing loss. Professor Xavier is confined to a wheelchair. Yet all of them find unique ways to overcome their disabilities and prove themselves as heroes.


Do you have any advice for people interested in a career writing comics?

Create! Write stories, make up characters, build worlds! It doesn’t matter if it’s being published by a major company or if it’s being printed out on your home computer. If you have a good story to tell, find a way to tell it!


Since superheroes are a big part of your life, do you have any last words for your fans?

If I’ve learned anything from writing these stories, it’s that we can all be heroes. Sure, powers and a mask may help, but the real reason we’ve loved these characters for so many years is because of who they are underneath it all: Good people who want to make the world a better place. If we’re willing to try, we can follow their lead, one small step at a time.

Learn more about Marc and his comic books: http://www.sumerak.com/index.html